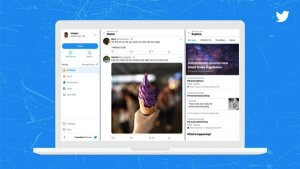 Twitter announced that they are currently testing a new version of TweetDeck with a limited number of people. The testing is invitation-only, and those who choose to participate are agreeing to provide feedback. For now, Twitter is limiting the preview version of TweetDeck to selected people in US, Canada, and Australia.

As someone who uses TweetDeck on desktop, and who strongly prefers it to the Twitter interface, I have some concerns. I don’t want to lose the features that the current TweetDeck provides that aren’t available on Twitter. There also appears to be a rumor that Twitter is considering charging for TweetDeck in the future. The rumor is unconfirmed, but it still makes me nervous.

Twitter posted information about how the preview version of TweetDeck is different from Twitter.com. Right now, new features include:

TechCrunch reported that the test of the redesigned TweetDeck includes a large list of column types, However, it appears that columns like Activity, Followers, Likes, and Outbox have been removed.

Overall, I’m going to take a wait and see attitude towards the test of a redesigned TweetDeck. I’m happy with how it works now. There is a reason people use the saying “If it ain’t broke, don’t fix it.”