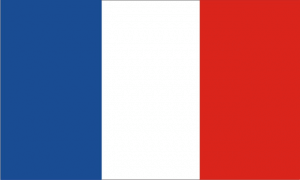 France is pushing for changes to the EU’s legislation that would force big tech companies to pay for the news, Financial Times reported. It appears France wants changes that would allow member states to wield more power to punish bad behavior and police more types of content.

French officials want to see changes to the EU’s Digital Service Act, which sets out the responsibilities of Big Tech companies when it comes to policing the web.

Paris wants every member state to have the right to fine tech platforms and force them to remove illegal content. Currently, only countries where tech companies have their headquarters can enforce the EU’s laws.

As a result, Ireland and Luxembourg, where Apple, Google, Facebook and Amazon are based, have disproportionate responsibilities in regulating Big Tech.

Financial Times reported that France is also pushing for the DSA to widen beyond illegal content to the policing of harmful content and disinformation. Apparently, EU officials have concerns that France’s proposals will erode the EU’s single market.

The DSA creates a common set of rules on intermediaries’ obligations and accountability across the single market that will open up opportunities to provide digital services across borders while ensuring user protection. It also establishes criteria for qualifying a large online program as a “gatekeeper”. The DMA includes fines of up to 10% of the “gatekeeper” platform’s total worldwide annual turnover, periodic payments of up to 5% of the average daily turnover, or additional remedies.

In short, it means that companies like Facebook and Google will have to pay news organizations for the news that the platforms post. Both companies used scare tactics to sway the opinion of Australians when their government made a similar law. I expect they will do the same to the EU law.