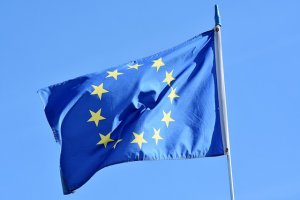 Financial Times reported that the EU has created legislation that would force big tech companies to pay for news. This comes after a similar Code of Conduct was proposed in Australia that would require companies like Google and Facebook to share revenue with the Australian news organizations.

The DSA is a common set of rules on intermediaries’ obligations and accountability across the single market that will open up opportunities to provide digital services across borders, while ensuring a high level of protection to all users, no matter where they live in the EU. The DMA establishes a set of narrowly defined objective criteria for qualifying a large online platform as a so-called “gatekeeper”. This allows the DMA to remain well targeted to the problem that it aims to tackle as regards large, systemic online platforms.

Consequences of non-compliance to the DMA include: fines of up to 10% of the company’s total worldwide annual turnover, periodic penalty payments of up to 5% of the average daily turnover, and additional remedies imposed in the case of systematic infringements of the DMA.

Facebook rejected the proposal by the Australian Competition & Consumer Commission (ACCC). According to The Guardian, Facebook said “If there were no news content available on Facebook in Australia, we are confident the impact on Facebook’s community metrics and revenues in Australia would not be significant”.

In August of 2020, Google started targeting Australians with pop-up ads that linked to an open letter. The letter had a bright yellow caution sign at the top. In my opinion, the letter was intended as a scare tactic to sway Australians against the Code of Conduct. The chair of the ACCC stated that Google’s letter “contains misinformation.”

Based on those responses to the ACCC, I suspect that both Facebook, and Google, are going to issue thinly veiled threats (and, potentially, misinformation) at consumers who live in the EU in an effort to persuade people to turn against the EU’s Digital Services Act. When big companies resort to scare tactics to avoid regulation – it emphasizes just how badly those platforms need to be regulated. They clearly have the money to pay news organizations for their work.