In good news for Roku fans in the UK, the company has announced the Roku Streambar will be coming to the country towards the end of October. The Streambar incorporates a Roku streaming player into a soundbar, hence the name, meaning all those movies and TV shows will sound a whole lot better, given the speakers in most flat TVs are pathetically bad. 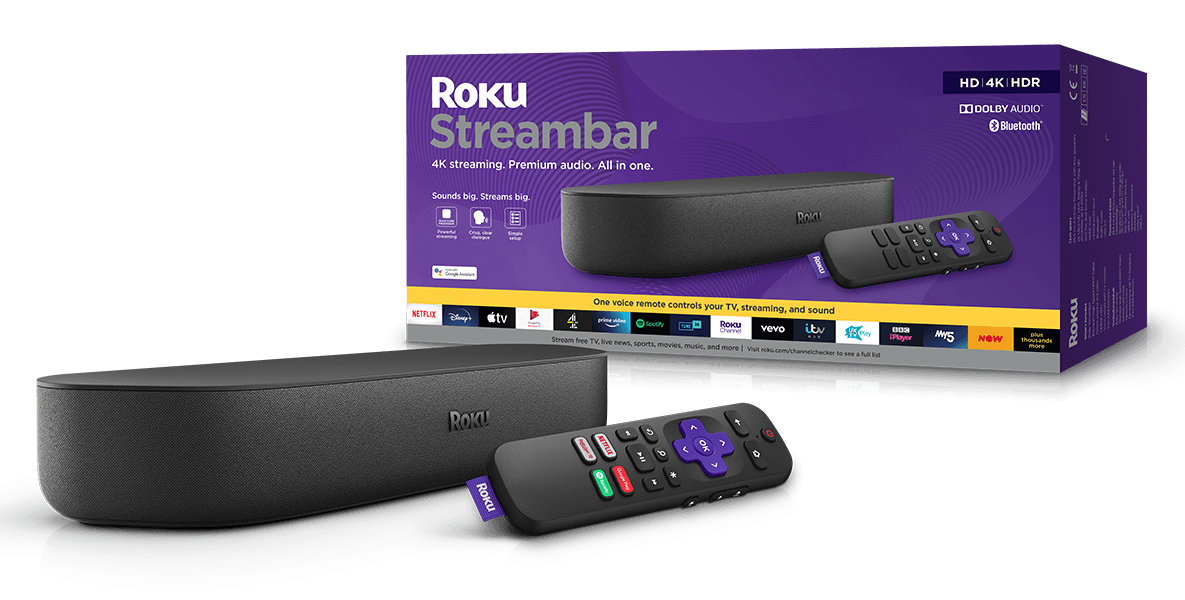 In terms of the audio, the Streambar has four 1.9″ full range drivers and has built-in Dolby decoder for great sound while watching films. Roku OS has a few clever tricks up its sleeve too, enhancing speech clarity. Going by some recent films where the speech audio has roundly criticised, that’s not going to go amiss.

Looking at the ports round the back, there’s a socket for optical input, so it looks like you’ll be upgrade all your TV viewing (as long as the TV has an optical out). That’ll be a great upgrade for all TV programmes, not just those coming from the Roku itself.

The Streambar works with Spotify Connect and there’s a Spotify app on Roku so you can fill your living room with high quality sound. There’s Bluetooth connectivity as well if you need to stream from a smartphone or tablet. The Streambar will be good for BBC Sounds as well, which was recently announced for the Roku and offers “live and on demand radio from the BBC’s 18 national and 40 local stations, music mixes curated by experts, artists and special guests, and a wide range of award-winning podcasts.”

Alexa and Google Assistant aren’t built-in to the Roku Steambar, but as with other Roku players, the Streambar can be controlled from an Echo or Home device. If Apple is more your walled garden, Apple AirPlay 2 and HomeKit capabilities will be coming some 4K Roku devices later in 2020. This integration will provide better content sharing from iPads and iPhones, and control of the Roku via either the Home app or Siri. Nice.

Overall, this looks like a great upgrade for anyone with a less-than-smart TV – a streaming player and better sound. Good job.

See below for an unboxing and review of the UK versions of the Roku Express and Premier.