2020 is Xiaomi’s 10th anniversary and it has some impressive stats for a company this young. 344 million smart phone users and it’s now the #3 smartphone brand in Europe behind Apple and Samsung. To be honest, when you see the specs and prices below for the new Mi 10T series, it’s not entirely surprisingly

Looking at the specs, the Mi 10T Pro is undoubtedly a flagship phone – 5G, fast processor, loads of memory and massive megapixel camera – and Xiaomi is focussing on the creative abilities of their phones with features like easy long exposures for fantastic looking effects and AI Skyscaping to add moving skies and effects to static photographs. There’s also some impressive effects merging photos and videos together so that one person can appear many times in a single picture or video, and Dual Video records from both front and back cameras at the same time. These are just a few of the features that #PowerYourCreativity.

Yes, there are some things missing that you might expect from a flagship phone, such as wireless charging and an in-display fingerprint sensor, but they’ve focussed on the things that matter and it’s priced much lower than the competition.

For the other phones in the series…the 10T Pro and 10T look identical with any differences on the inside with a lesser camera in the 10T. The 10T Lite shares the same design language but is clearly a different phone: the camera array on the rear is different and the pin hole camera is in a different position. All the new phones have refresh rates at 144 Hz for the 10T and 10T Pro, and 120 Hz for the 10T Lite. ActiveSync technology smartly matches content framerate to screen refresh rate to give the best possible viewing experience.

The full specs are available on-line for detailed examination but the main highlights are: 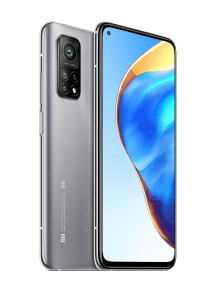 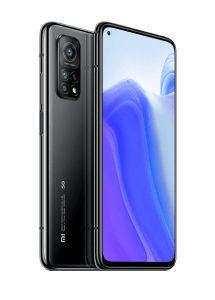 Moving away from the Mi 10T smartphones, the Xiaomi Mi Watch is the company’s first global smartwatch. Unlike the rectangular Mi Band, the Mi Watch has a round 1.39” AMOLED display with a 454 x 454 pixels supporting over 100 different watch faces.

The Mi Watch has 117 fitness modes and offers 24/7 monitoring of many physiological measures such as  heart rate tracking and  blood oxygen level monitoring, with additional indicators on sleep cycles, stress levels and energy levels.

The Mi Watch has GPS, a compass and a barometer for outdoor pursuits that cover large areas or height changes, and with 5 ATM water resistance it’s ready for any weather, surface watersports and swimming.

Powered by a 420mAh battery, the Mi Watch gets up to 16 days of battery life on just two hours of charge and there’s a magnetic charging dock to make charging easy. As expected, there’s a complementary app that records all the data from the Mi Watch and there’s voice control courtesy of Amazon Alexa.