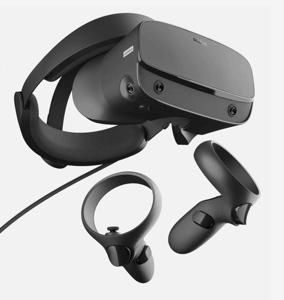 Oculus announced that users will be required to log into Oculus with their Facebook accounts. This change will start in October of 2020. If you aren’t a fan of Facebook, and don’t want to make an account there, you will eventually be unable to use Oculus.

Facebook says that it will be possible to log into Oculus with a Facebook account and still create or maintain a unique VR profile. If you don’t want your Oculus friends to find you by your Facebook name, they won’t – if you make it visible to “Only Me” in your Oculus settings.

The Verge reported that Facebook is not rolling out any new ads on the Oculus platform right now. Requiring users to sign in to Oculus with a Facebook account removes the last layer of separation between the two.

To me, it makes Oculus feel even more like a “walled garden” than before. Those who don’t want to make a Facebook account will not have any way to access whatever content Oculus provides. Video game consoles also tend to make their games only accessible on their own platform – with the exception of the ones that are also playable on PC.

The difference is that Facebook has a long history of sketchy behavior in regards to how they treat their users, especially when it comes to security of personal information. I have concerns that everything Facebook users say and do within Oculus will be used by Facebook in unexpected ways.