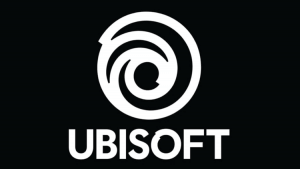 Ubisoft released a statement (PDF) announcing departures of staff and a reaffirmation of its commitment to implementing significant change in its workplace culture. This comes after Ubisoft conducted an internal investigation in June.

“Ubisoft has fallen short in its obligation to guarantee a safe and inclusive workplace environment for its employees. This is unacceptable, as toxic behaviors are in direct contrast to values on which I have never compromised – and never will. I am committed to implementing profound changes across the Company to improve and strengthen our workplace culture,” said Yves Guillemot, CEO and Co-Founder of Ubisoft. “Moving forward, as we collectively embark on a path leading to a better Ubisoft, it is my expectation that leaders across the Company manage their teams with the utmost respect. I also expect them to work to drive the change we need, always thinking of what is best for Ubisoft and all its employees.”

According to Ubisoft, Serge Hascoët “has chosen to resign from his position as Chief Creative Officer, effective immediately”. He will be replaced by Yves Guillemot, CEO and Co-Founder of Ubisoft in the interim.

Yannis Mallat, Managing Director of Ubisoft’s Canadian studios, will be stepping down from his role and will leave the company, effective immediately. The press release described the reason as: “The most recent allegations that have come to light in Canada against multiple employees make it impossible for him to continue in this position.”

Cécile Cornet has decided to step down from his role and a new Global Head of HR will be appointed to replace him.

If you are wondering what those allegations are, you may want to read an article on Kotaku which provides some details about the misconduct that allegedly took place.

It is good that Ubisoft is “cleaning house” and implementing changes that are intended to stop the toxic behaviors of some employees from negatively affecting the experience of other employees. This gives Ubisoft the opportunity to hire or promote good people who can help make Ubisoft a safe and inclusive workplace.