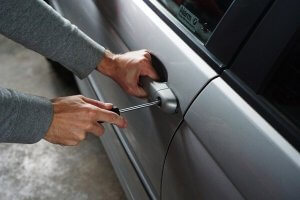 Facebook has a history of not being very good at protecting user’s data. This time, things are a bit different. Bloomberg reported that a thief stole payroll data for thousands of Facebook employees. The unexpected thing is that the thief did not obtain it by hacking.

According to Bloomberg, the personal information for tens of thousands of Facebook workers was compromised last month when a thief stole several corporate hard drives from an employee’s car. Why did the employee have hard drives in his car? That is a question that hasn’t been answered yet.

What is known is that the employee was a member of Facebook’s payroll department. The employee was not supposed to take the hard drives outside the office. Apparently, Facebook has taken some disciplinary action against the employee.

A Facebook spokeswoman told Bloomberg: “We worked with law enforcement as they investigated a recent car break-in and theft of an employee’s bag containing company equipment with employee payroll information stored on it.” The Facebook spokeswoman described the situation as “a smash and grab crime”.

It is a really strange situation. The car break-in happened on November 17, 2019. That puts it a little bit before the Thanksgiving holiday when many people shop for holiday presents (and leave them in their cars). I suspect that the thief had no idea what was in the bag when they stole it.

Bloomberg reported that Facebook started alerting employees affected by the situation on December 13, 2019. The employees were encouraged to notify their banks, and were offered a subscription to an identity theft monitoring service.