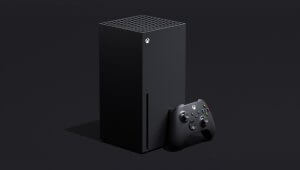 In June of 2019, Microsoft introduced Project Scarlett. It was designed for players who want a console designed, built, and optimized for gaming. Project Scarlett is now called Xbox Series X. It will be available “holiday 2020”.

Xbox Series X will be our fastest, most powerful console ever and set a new bar for performance, speed, and compatibility, allowing you to bring your gaming legacy, thousands of games from three generations and move forward with you. Its industrial design enables us to deliver four times the processing power of Xbox One X in the most quiet and efficient way, something that is critically important in delivering truly immersive gameplay.

The Xbox Series X looks very different from previous versions. It was designed to support both vertical and horizontal orientation. To me, it looks like a PC when it is placed vertically.

In addition, Microsoft unveiled the new Xbox Wireless Controller. According to Microsoft, the controller’s size and shape have been refined to accommodate an even wider range of people. I’m not sure exactly what that means, but from the look of it, I assume the controller might be comfortable for people no matter how large or small their hands are.

The controller has a Share button to make capturing screenshots and game clips simple. The new Xbox Series X Wireless controller will be compatible with Xbox One and Windows 10 PCs, and will be included in every Xbox Series X.