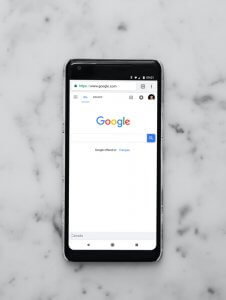 Google announced that it will be upgrading Android Messages with RCS. This new feature has already begun rolling out to users in the United States. Those who already have Messages will be prompted to enable chat features in the coming weeks. Android users who don’t yet have it can download it in the Play Store. Google expects to have this service broadly available in the U.S. by the end of the year. Google enabled the RCS upgrade earlier this year for anyone in the UK, France, and Mexico.

To make your conversations more seamless, we’ve worked on upgrading traditional SMS text messaging with more useful chat features, powered by RCS (Rich Communication Services). When you and your friends message each other with these chat features, you can chat over Wi-Fi or mobile data, send and receive high-resolution photos and videos, and see if people have received your latest messages. Plus, you’ll get better group chats, with the ability to name groups, add and remove people to and from groups, and see if people haven’t seen the latest messages.

TechCrunch described RCS as “the next generation of SMS”. According to TechCrunch, the push for RCS is a way for Google to compete with Apple’s iMessages, (though Google’s RCS doesn’t feature end-to-end encryption). In addition, TechCrunch makes another interesting observation. Google is taking control of this rollout, and that means it will be responsible for keeping the network running.

ArsTechnica also points out that Android Messages is not end-to-end encrypted, stating that “Google or your carrier (or the NSA) could read your messages”.

The Verge reported that many Android phones use Android Messages as the default texting app, but Samsung users will need to go to the Google Play Store to download Android Messages and then switch it to their default. The Verge also noted that the big four US carriers just announced that they will offer RCS in 2020.

In my opinion, it seems like Google has gotten ahead of the big four carriers with RCS implementation – but not by very much. It sounds like Verizon, AT&T, T-Mobile and Sprint are heading in the same direction, and could potentially be rolling that out a few months from now. The bigger concern, though, is that Android Messages is not end-to-end encrypted. That could result in privacy issues.