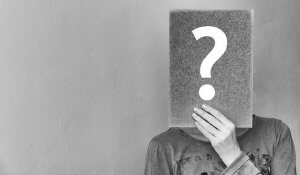 Those who use Facebook should view the political ads they see on the social media platform with a healthy dose of skepticism. CNN reported that Facebook will not fact-check political ads.

That means individual people will need to do their own research on whatever content those type of ads contain. Sadly, I don’t think that most people will bother to do their own fact-checking, especially for political ads that spread misinformation that matches the person’s political leanings.

Facebook released its decision to not fact-check political speech in September of 2019. Facebook stated that it does not believe it is appropriate for them “to referee political debates and prevent a politician’s speech from reaching its audience and being subject to public scrutiny.”

That’s why Facebook exempts politicians from our third-party fact-checking program. We have had this policy on the books for over a year now, posted publicly on our site under eligibility guidelines. This means we will not send organic content or ads from politicians to our third-party fact-checking partners for review. However, when a politician shares previously debunked content including links, videos and photos, we plan to demote that content, display related information from fact-checkers, and reject its inclusion in advertisements.

That said, Facebook doesn’t appear to be adhering to the part about demoting ads that contain previously debunked content. The New York Times reported in October 2019 that a 30-second ad released by the Trump campaign provided misinformation about Joe Biden, and the impeachment inquiry into President Trump.

According to The New York Times, the Biden campaign asked Facebook to take down that ad. Facebook responded to the Biden campaign by saying the ad had been viewed five million times on the site, and declaring that the ad did not violate company policies.

Facebook’s decision to opt-out of fact-checking political ads extends to the UK. According to CNN, Facebook will not fact-check ads run by British political parties or the thousands of candidates running for election to the House of Commons. This comes as the UK is preparing for a historic December election regarding Brexit.