With just a week to go, OnePlus has kept up a steady stream of news for the upcoming OnePlus 7 Pro. Mostly using Pete Lau’s Twitter, there’s news on the screen, water resistance, UFS 3.1 storage and the camera’s been busy with a few cover shoots too. 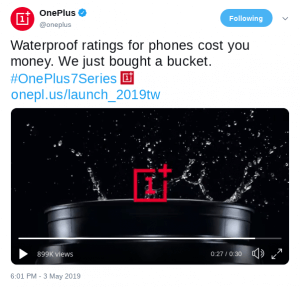 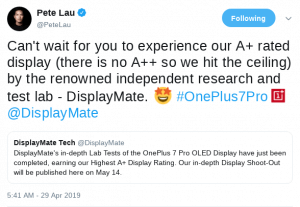 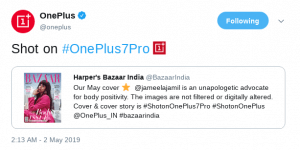 In official press release news, it’s been confirmed today that the 7 Pro will come with an HDR10+ certified display. As already mentioned in the tweets, the OnePlus 7 Pro display comes with an A+ top-grade rating given by DisplayMate, and is ‘Safety for Eyes’ certified by VDE.

“HDR10+ is the future of not just television displays, but also smartphone displays as well,” says OnePlus CEO Pete Lau. “We hope that our newest device will set a new benchmark for the smartphone industry and open up a new world of visual fluidity for users. We’re glad we are leading the ranks in sharing quality technology with the world.”

For those unfamiliar with HDR10+, it provides frame-by-frame adjustments for the best representation of contrast from the HDR source content. HDR10+ also produces 4,000 nits of peak brightness, a massive raise of 3,000 nits compared to HDR10. Being an open format, it’s license and royalty free and can be adopted by manufacturers and content producers. Quality is maintained through a HDR10+ certification and logo programme.

Let’s hope there are still a few surprises left for next Tuesday.