Announced at CES, Philips Hue will closely integrate with Google Assistant to activate sleep and wake lighting effects to replicate the best lighting for winding down before bed time and waking up naturally in the morning. This is the first integration of the Philips Hue sleep and wake up feature with a digital assistant platform. 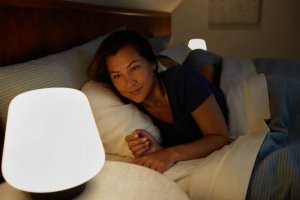 From launch, the features will include:

I have an Hue Iris as my bedside light and can attest to the benefits of having a light-based alarm clock. 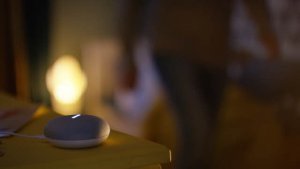 Research is increasingly showing the important role light plays in how we feel and how well we sleep. Melatonin, the hormone that helps to regulate our wake and sleep cycle, is influenced by light, whether that’s natural or artificial light. By having the right light as we prepare for bed, we can get a better night’s sleep, whereas waking up with the right light can help us start the day feeling more energised.

While many people need an alarm clock to wake up in the morning, by using light that simulates sunrise by gradually increasing light levels before the alarm goes off, you can improve well-being, mood and cognitive performance even much later in the day.

“Sleep plays such an important role in our health and well-being, so we’re pleased to be adding yet another option for our users to help them relax before bedtime and wake up in a way that prepares them well for the day ahead,” says Duncan McCue, Head of Partnerships for Philips Hue at Signify.
Signify is the new name for Philips Lighting – not sure on pronunciation, though…Sig-nify or Sign-ify? Probably the latter.

The new feature will be accessible to all consumers in English speaking countries by March 2019.