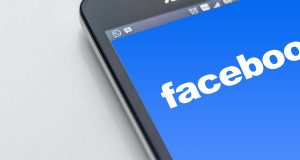 Facebook has launched Facebook Dating in Colombia. One can assume that it will roll out to other countries eventually if the test goes well.

In my opinion, Facebook Dating is an attempt by Facebook to attract younger users. In February of 2018, The Guardian reported that teens and young adults were leaving Facebook (in favor of Snapchat and other forms of social media). At the same time, Facebook’s popularity surged among people who were over the age of 55.

According to TechCrunch, Facebook Dating will be opt-in. Users who are 18 or older will get a notice at the top of their News Feed that invites them to try Facebook Dating (when it comes to their country). Right now, Facebook Dating is mobile-only and is bundled into Facebook’s main iOS and Android apps.

Users who choose to opt-in can verify their city using their phone’s location services. They can decide if they want to add information like a bio, workplace, education, religion, height, and if they have children. According to TechCrunch, Facebook Dating offers non-binary genders and sexual orientations.

I guess it comes down to how much additional information someone wants to give to Facebook. It’s obvious that Facebook is going to use that data in some way. How certain are you that Facebook will be able to keep the personal messages you send through Facebook Dating private and secure?