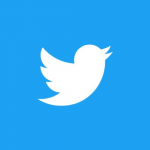 Twitter announced a new approach to how they will handle troll-like behavior that is intended to distort and detract from public conversation on Twitter, particularly in communal areas like conversations and search. Twitter will not remove such content from its service, but will instead put those comments under a “show more replies” link. People will not see those tweets unless they choose to click that link.

In the announcement, Twitter says that “less than 1% of accounts make up the majority of accounts reported for abuse” but that a lot of what is reported doesn’t violate Twitter’s rules. That being said, Twitter is aware that this small number of accounts have a “disproportionately large – and negative – impact on people’s experience on Twitter.”

Today, we use policies, human review processes, and machine learning to help us determine how Tweets are organized and presented in communal places like conversations and search. Now, we’re tackling issues of behaviors that distort and detract from the public conversation in those areas by integrating new behavioral signals into how Tweets are presented. By using new tools to address this conduct from a behavioral perspective, we’re able to improve the health of the conversation, and everyone’s experience on Twitter, without waiting for people who use Twitter to report potential issues to us.

Some of what Twitter is going to take into account include: if an account has not confirmed their email address, if the same person signs up for multiple accounts simultaneously, accounts that repeatedly Tweet and mention accounts that don’t follow them, or behavior that might indicate a coordinated attack. Twitter is also looking at “how accounts are connected to those that violate our rules and how they interact with each other.”

Those signals will now be considered in how Twitter organizes and presents content in communal areas like conversation and search. In short, content that doesn’t technically violate Twitter’s rules, but does disrupt and distort conversation, will be put behind a “show more replies” link. People can choose whether or not they want to click that link. According to Twitter: “The result is that people contributing to the healthy conversation will be more visible in conversations and search.”

One thought on “Twitter Made Changes to Encourage Healthy Conversations”