There’s not a great deal of variation in smart home systems and most are based on a central control unit which communicates with sensors and devices. There’s usually some third party integrations thrown in too and something in the cloud. Frankly, it’s a bit dull and all a bit samey. Consequently, it’s great to see some innovation from nCube which has announced a new modular smart home hub platform.

The nCube system consists of four modules that can be stacked and connected together to meet the needs of the particular smart home. There are four modules, starting with a base module, which can then be enhanced with security, storage and voice layers. 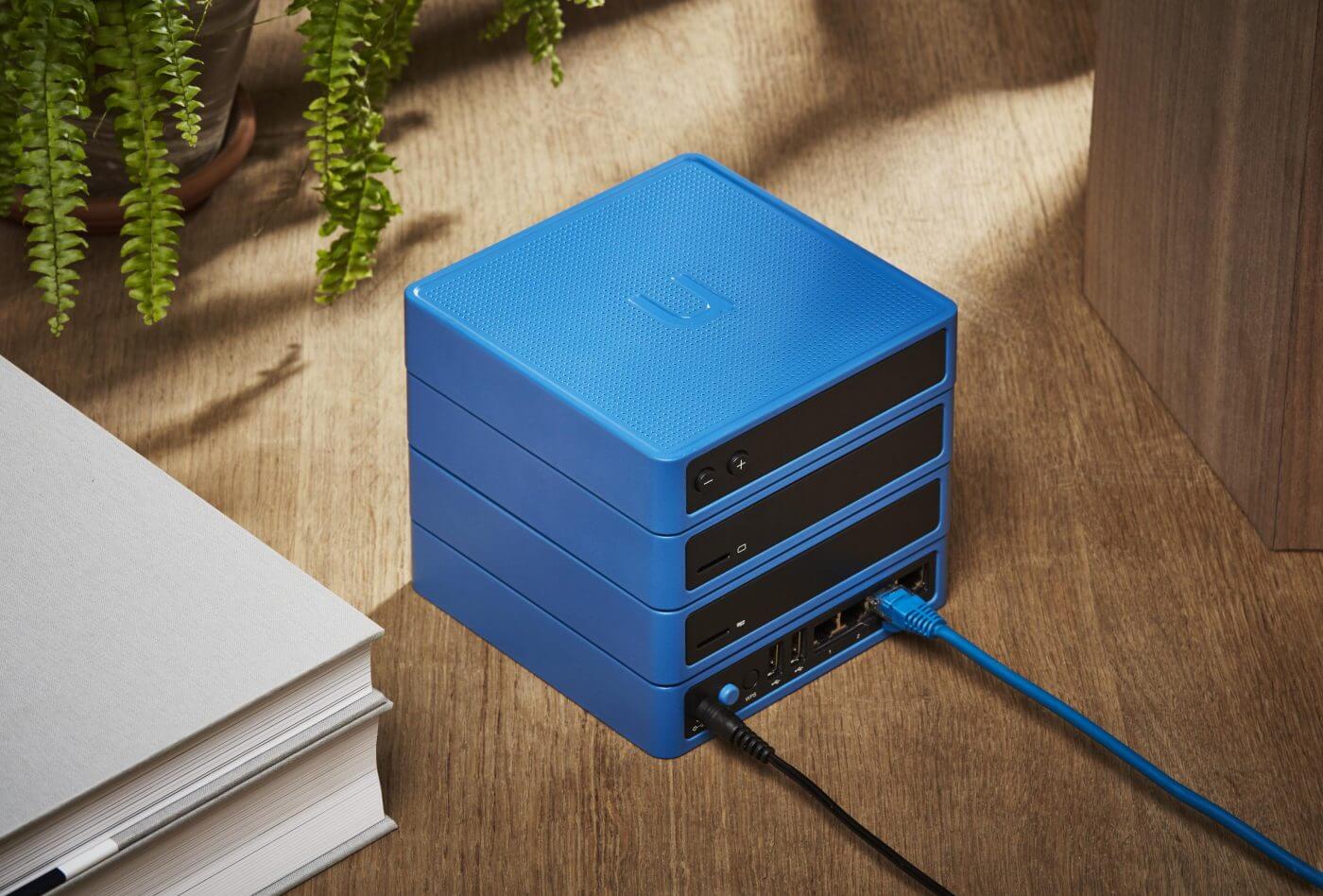 The nCube Base is a full redesign on the existing nCube hub which is no longer Raspberry Pi based, but has a fully customised board embedding Z-Wave, Zigbee, Bluetooth and Wi-Fi.  The base can support both Wi-Fi connection to the home network and simultaneously allow Wi-Fi smart home devices to connect to the nCube base. This means that the base can be located in the optimal position for control of Z-wave and Zigbee devices, rather than the closest network point. For those who prefer wired connections, there are four LAN ports too.

The Security module provides mobile network back-up and battery back-up for approximately 12 hours.  This means the whole nCube platform continues to function in the event of either or both a power failure and internet connection failure. nCube have always valued local processing of events so it’s good to see this continuing.

The storage layer provides 1TB SSD storage for home security camera footage recording for consumers that are wary of cloud storage.  Optionally, the user may opt-in on an ad hoc basis to cloud storage accessing recordings when a security incident has occurred.

The voice layer provides voice control such as the existing Alexa integration. I’m not sure what this exactly means at this point….is it full Alexa or is it only “Alex for nCube control”. We’ll have to see.

With all modules being optional, the consumer can choose exactly what they want from their smart home hub instead of being forced into buying modules they don’t need, though pricing wasn’t mentioned.

The development of local storage, battery and internet back-up and the continued ability for the nCube hub to run entirely local (no logic runs on the nCube cloud) demonstrates nCube’s continued commitment and leadership in privacy and security in the smart home industry.

In addition, nCube is launching a range of branded smart home devices in recognition that consumers expect smart home providers to provide packages of pre-connected devices as well as supporting as many other brand products as possible.  The new range of nCube products include a colour-changing LED bulb, smart plug, door/window sensor, motion sensor, water sensor, light switch range and nCube multi-socket PowerBar. Oddly, while one of the modules is a storage module for home security cameras, there’s no mention of the cameras.

All products will be available for UK, EU and North American markets sometime in February. No pricing yet.