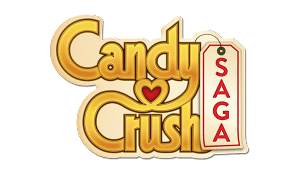 CBS has ordered an adaptation of the popular Candy Crush Saga game. The Candy Crush game show will be a one-hour live action game show series based on the game.

CBS, Lionsgate, and King will join together on the new format. Matt Kunitz will be the executive producer. The Candy Crush game show will be domestically distributed by CBS Television. Lionsgate will distribute it internationally.

In the series, the game that has become a worldwide phenomenon comes to life as teams of two people use their wits and physical agility to compete on enormous, interactive game boards featuring next generation technology to conquer CANDY CRUSH and be crowned the champions.

Not much else has been revealed about this new game show. A host will be announced at a later date. There appears to be a way for people to watch and play along at home. King’s Chief Creative Officer, Sebastian Knutsson, will serve as executive producer. CBS has not stated when the Candy Crush game show will premiere.

The overall concept reminds me of some of the game shows that were on Nickelodeon in the 90s (such as Legends of the Hidden Temple, and Double Dare). Contestants in those games also had to use their wits and physical agility in order to play. The Candy Crush game show might attract an audience who remembers the physically-based game shows they watched when they were kids.