Pokémon GO announced an upcoming update that could potentially affect your ability to continue playing Pokémon GO. Players are warned that Pokémon GO will discontinue support for Apple devices that are not capable of upgrading to iOS 11.

This change is a result of improvements to Pokémon GO that push the application beyond the capabilities of the operating systems on such devices. This change will take effect on 02/28/2018. After that date, Trainers using affected devices may no longer be able to access their Pokémon GO accounts from that device, or use their PokéCoins or other items in their Bags.

If the Apple device you play Pokémon GO on is affected by this change, and you want to keep playing the game, you will need to switch to a device that can upgrade to iOS 11.

Pokémon GO has more specific information about devices that it will discontinue supporting. They include: 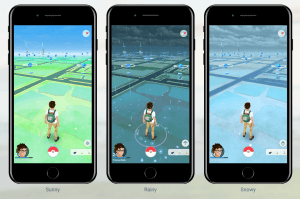 Starting later this week, 50 more Pokémon will be added to Pokémon GO. In addition, the game is going to have new weather features added. Players might see certain Pokémon more often based on what the real-world weather is.

The new Pokémon include Treeko, Torchic, Mudkip, and others that were originally discovered in the Hoenn region in the Pokémon Ruby and Pokémon Sapphire video games. Those three Pokémon will be the first to appear, and more from the Hoenn region will be added over the next several weeks.

The Pokémon GO map in-game will be updated with weather effects. This includes new visuals that change based on the weather where you are. For example, if it is raining outside where you are, the in-game map will show a dark, cloudy, sky and rain falling down.

Soon, the weather in the real-world where you are playing Pokémon GO will have an effect on the Pokémon that you see in Pokémon GO. Players odds of discovering Mudkip will greatly improve on rainy days. That’s just one example. Some other Pokémon will be more commonly found during various weather conditions. The real-world weather will also cause some Pokémon’s attacks to be more effective than usual. 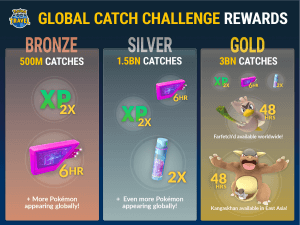 Pokémon GO started a Global Catch Challenge on November 19, 2017. It will conclude on November 26, 2017. There are global rewards that can be unlocked after players collectively catch a certain number of Pokémon.

Ever since Pokémon GO launched, we’ve loved hearing stories of Trainers venturing abroad and playing together with new friends from different countries. That’s what inspired us to create Pokémon GO Travel, a new video series to see the world through the eyes of a Pokémon Trainer. To kick things off, Pokémon GO Travel is taking a diverse group of Trainers from around the world to Japan to host our first-ever Global Catch Challenge.

The potential Global Catch Challenge rewards and bonuses include:

Some progress has already been made. On November 20, 2017, the Pokémon GO Twitter account announced that the Bronze level of rewards and bonuses has been unlocked. 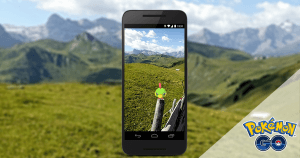 Niantic announced that it is holding a Pokémon GO AR Photo Contest. The contest is extremely easy to enter and involves taking an AR photo of any Pokémon that is in a “real-world” environment. There are prizes associated with this contest. The AR photo contest started on October 11, 2017, and will end on October 25, 2017.

Starting today, we’re challenging you to snap epic Pokémon GO AR photos and post them on Instagram using the hashtag #PokemonGOcontest. If your AR photo is selected as one of the top 10 submissions, you’ll win a Pokémon GO Prize Pack containing a Pokémon GO Plus, a poster autographed by the Pokémon GO team, and wireless Bluetooth earbuds. You have until October 25 to submit your best AR photo, so go on an adventure, take a photo, and share it with us on Instagram!

As always, it is a good idea to take the time to read the official rules (which are located on the same page as the contest announcement). Here are a few key things to know:

To be eligible for the contest, the entrant must be at least the age of majority in their country, state, province, or jurisdiction of residence (and at least 20 years old in Taiwan) at the time of entry.

Entrants must not be a resident of a country where Pokémon GO has not been officially released as of October 11, 2017.

Photos where an individual appears in or is identifiable in the photo will not be considered and will be deemed void.

Niantic strongly encourages entrants to use caution when taking photos in connection with the contest. They do not condone taking photos in areas or dangerous situations that may involve certain health related risks, including risk of physical injury. Niantic does not want entrants to trespass on private property.

There are 10 Grand Prizes available. 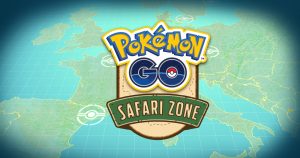 Niantic has been offering several special Pokémon GO events. There was one in Chicago, followed by one in Yokohama. Soon, it will be time for players in Europe to participate in the Pokémon GO Safari Zone event.

The first series of Pokémon GO Safari Zone events in Europe are just around the corner! On September 16, official Pokémon GO Safari Zone activities will be taking place at Unibail-Rodamco Shopping Centers located in CenterO in Oberhausen (Germany), Les Quatre Temps in Paris (France) and La Maquinista in Barcelona (Spain).

At each event, players will receive an in-game medal and special 2km Eggs from the various PokéStops found and each of those shopping centers. Lures will be activated all day at each PokéStop at the events so players can catch Pokémon together.

Some of the Pokémon players might find include Kangaskhan, Chansey, Larvitar, and others. There is also a chance that players will spot Shiny Pikachu, Shiny Magikarp, and various forms of Unown. Gym and Raid Battles will not be available at those shopping centers during the events.

Niantic states that attendees will receive Trainer kits for joining the day’s Pokémon-catching activities. There will be special offers for Pokémon GO Trainers in each of the participating shopping centers and in select stores.

Soon, players will be able to reserve free, nontransferable tickets to each of these Pokémon GO Safari Zone events that will take place on September 16, 2017. It sounds like the tickets will have a QR code, which is required in order to participate in the event. Everyone who claims a ticket must be over the age of 13 and must present a valid photo ID. 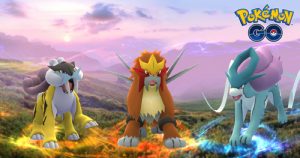 As of August 31, 2017, three Legendary Pokémon have been added to Pokémon GO. These newly added Pokémon can be obtained via Raid Battles. All three Legendaries come from the Johto region, and all will be available from now through September 30, 2017.

On September 30, all three of these Legendary Pokémon will move to a different location and be available for Trainers to battle with friends until October 31. They will make their final stop in the last remaining location on October 31. Raikou, Entei, and Suicune will be available for this limited time period, so be sure to battle against them when they arrive at Gyms near you!

In addition, Niantic has begun an EX Raid Battle (which used to be called Exclusive Raid Battle) field-testing phase at select Gyms. During this test, they will be making periodic adjustments to EX Raid eligibility requirements, frequency, times, locations, and durations.

The first EX Raid Passes will be sent out soon. Those who are invited will have an opportunity to try out the new system as early as September 6, 2017. 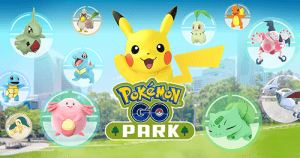 The event started yesterday with a boat-full of Pikachu and a 17-meter long airship that has Pikachu artwork on it. A Pikachu’s Walk event will happen “from time to time”. It involves 20 Pikachu taking a leisurely walk.

There will be a Pikachu Carnival Parade on August 14, 2017. It is a one-time, standing-only, event that will include more than 100 Pikachu. People who want to watch are encouraged to wear something yellow or their own Pikachu-related items.

During the Pikachu Outbreak, Trainers will be able to explore two special Kanto and Johto-themed parks. At Red Brick Park, Trainers will more frequently encounter Pokémon originally discovered in the Kanto region in the Pokémon Red and Pokémon Blue video games. Meanwhile, Trainers in Cup Noodle Museum Park will be more likely to find Pokémon originally discovered in the Johto region in the Pokémon Silver and Pokémon Gold video games.

In addition, Trainers will have the opportunity to encounter some Pokémon that are rarely encountered in Japan, including Mr. Mime. Spinning the Photo Disc at the PokéStops found at each park may award Trainers with special 2km Eggs with the potential to hatch a greater variety of Pokémon than usual.

On the last day of the Pikachu Outbreak, there will be a “Water Carnival” Super Soaking Splash Show, which includes water cannons and uses up to two tons of water. Pikachu and various performers will be there. Spectators may get completely soaked (depending on the viewing spot). Spectators are recommended to safeguard their mobile phones and other electronic devices from being exposed to water.