Choosing the perfect case for your smartphone is a very personal journey and my preference is for the book-style flip case where the cover is on the long edge of the phone. Even then, there’s choices to be made regarding features and material.

In the video below, I review the three cases.

If you’ve been thinking about a OnePlus 2 but you’ve been put off by the invite queue, there’s an opportunity to grab the new phone in a series of open sales on Monday 12 October. Spread across four timezones, each sale will be open for only an hour. 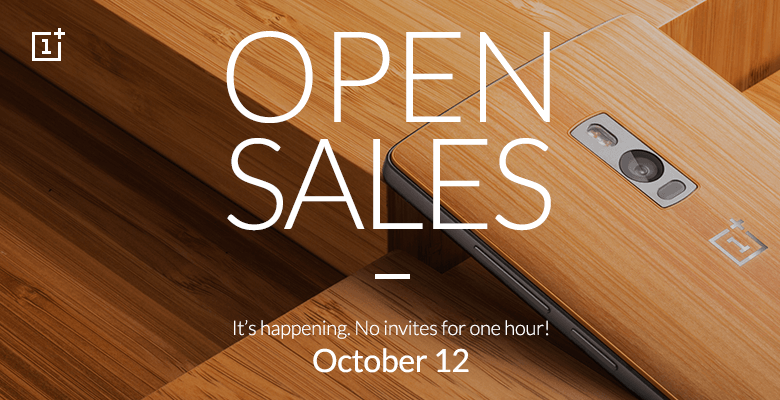 I’m currently rocking a OnePlus 2, which I bought with my own money, and I like it. The phone itself is beautifully made, the camera is great and the fingerprint scanner works well. While there have been issues with OxygenOS, OnePlus’ Android fork, the company has regularly rolled out updates (three since launch) which have steadily eliminated problems. Set your alarms for 12 noon!

My personal phone has been the OnePlus One for nearly a year and I’ve liked it a great deal. In terms of performance, screen, storage and price, it’s hard to beat. I was never a great fan of the styling, particularly regarding the flat metal trim round the screen, so when I saw the OnePlus 2 had really upped the design, I was in straightaway for an early invite…

…and the new 2 arrived a few hours ago. I restrained myself enough to take a few unboxing photos as I went for GNC readers tech gratification.

Unlike the original One, which came in a flat slip case, the 2 comes in a more traditional shoebox style case. OnePlus has stuck with the vibrant red. 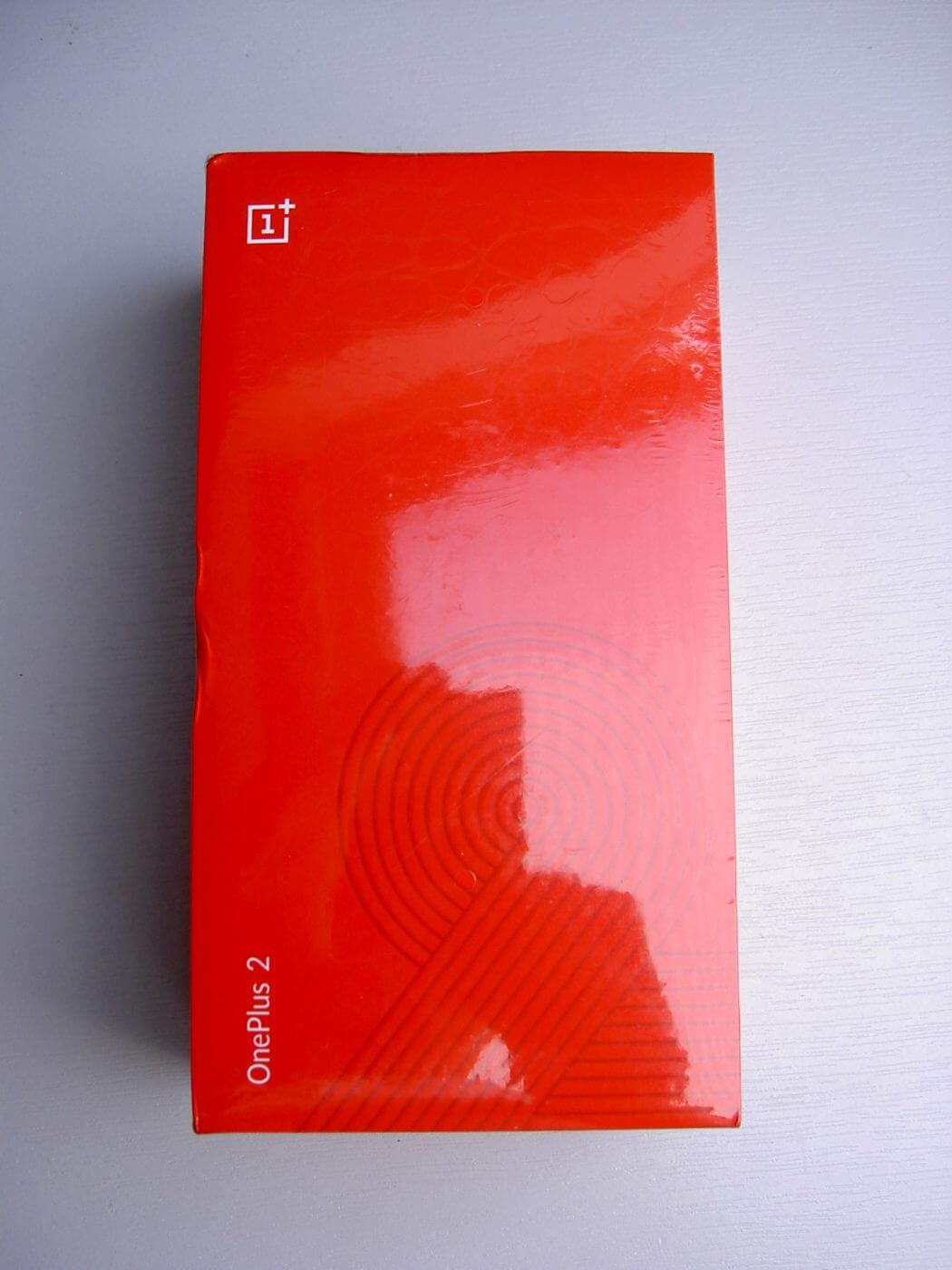 Let’s whip the shrink wrap off. 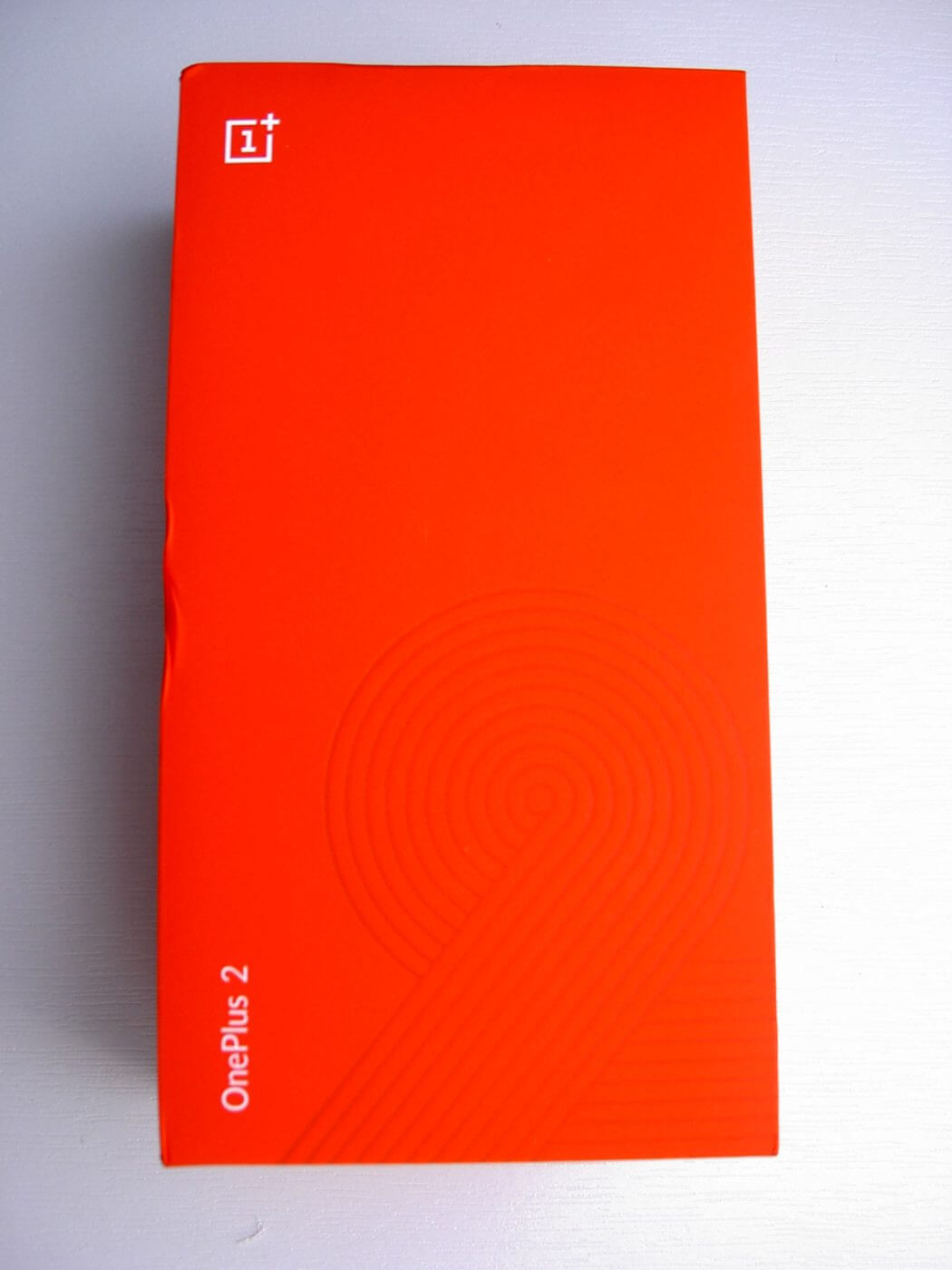 Opening the box reveals the OnePlus 2 itself. 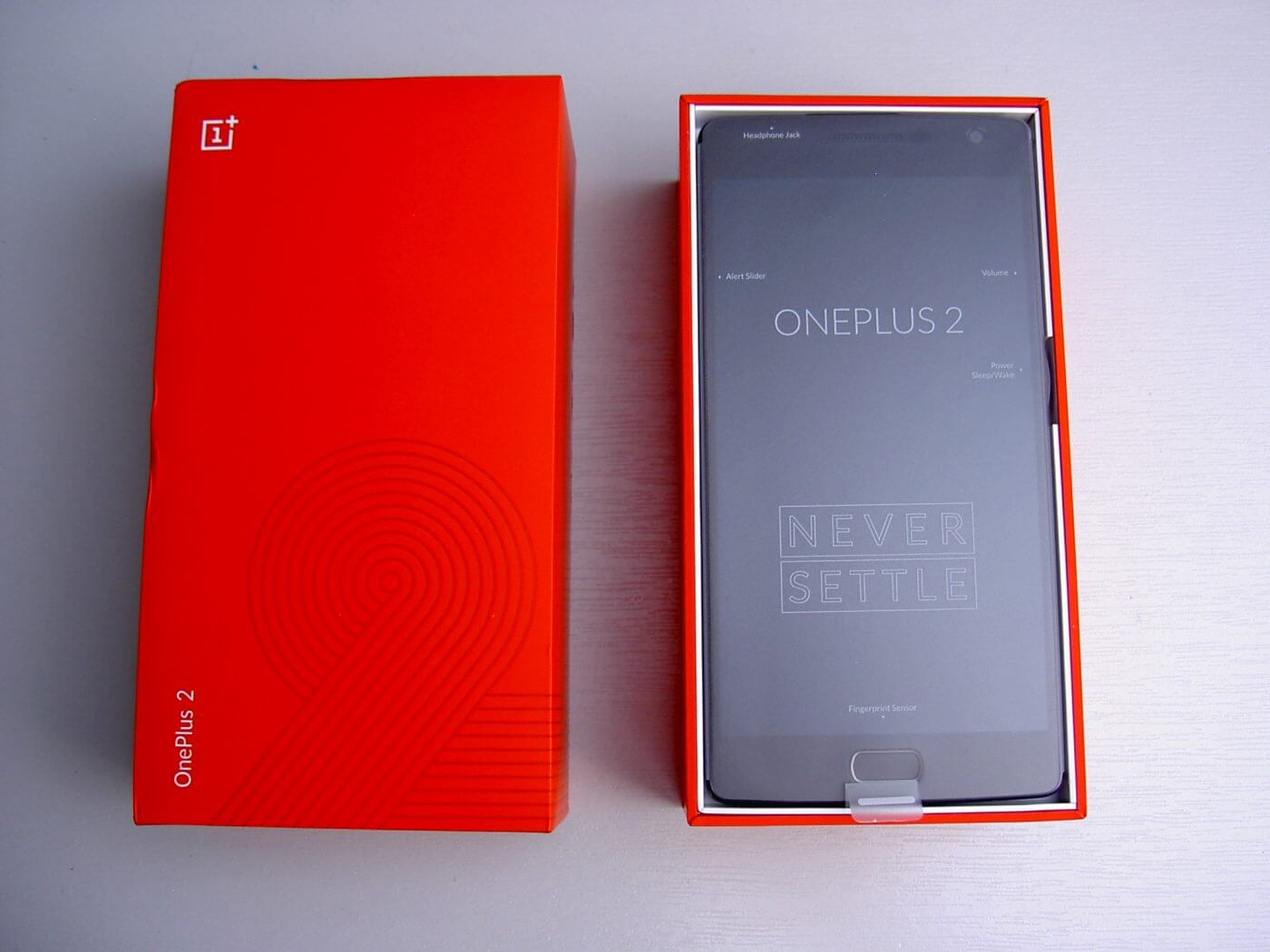 Taking the phone out, there’s a “Getting Started” guide underneath and below that is the charger (UK model) and the flat USB cable. 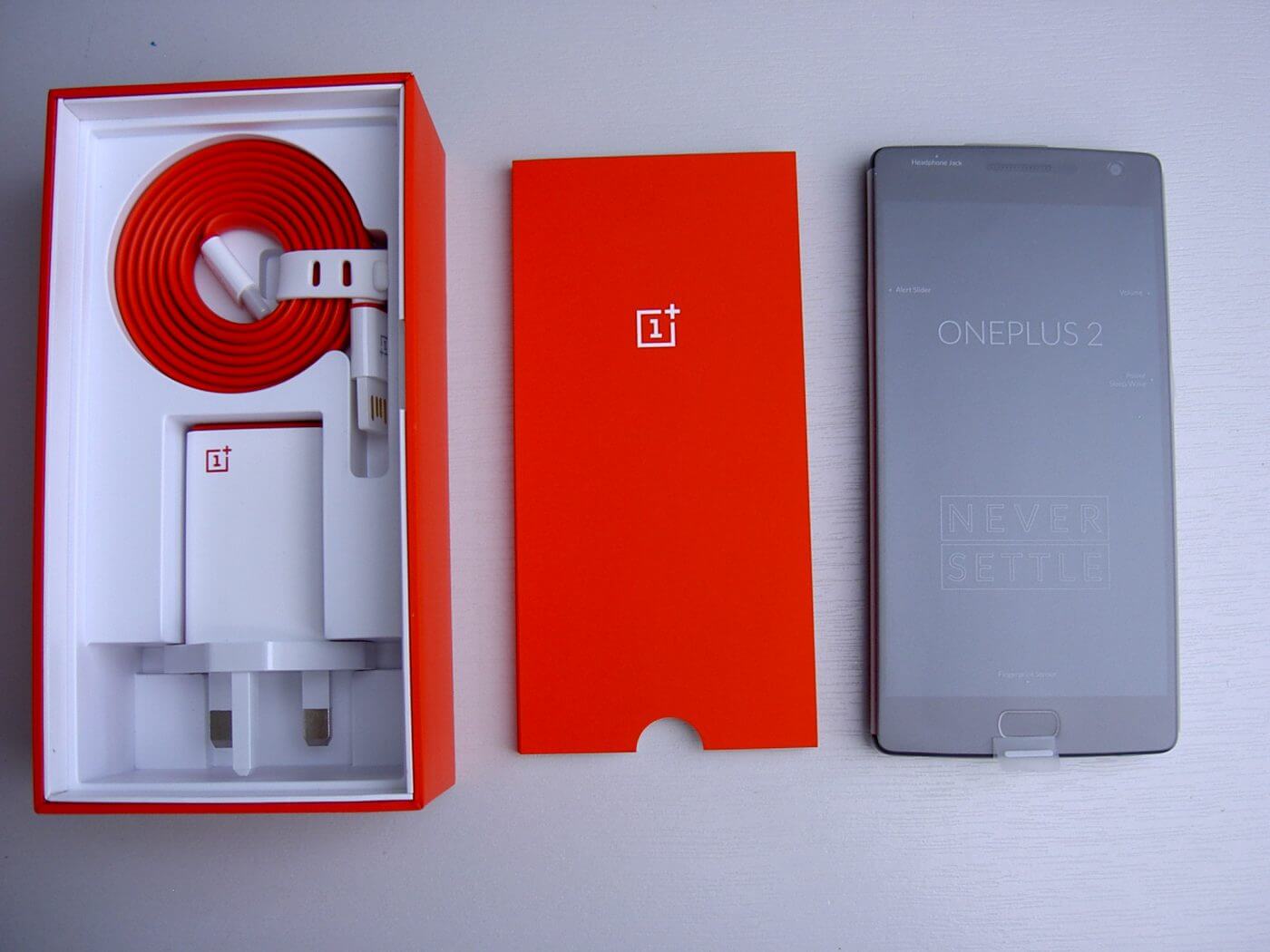 Looking more closely at the USB cable, it’s fully reversible with USB A on one end and new-fangled USB C on the other. 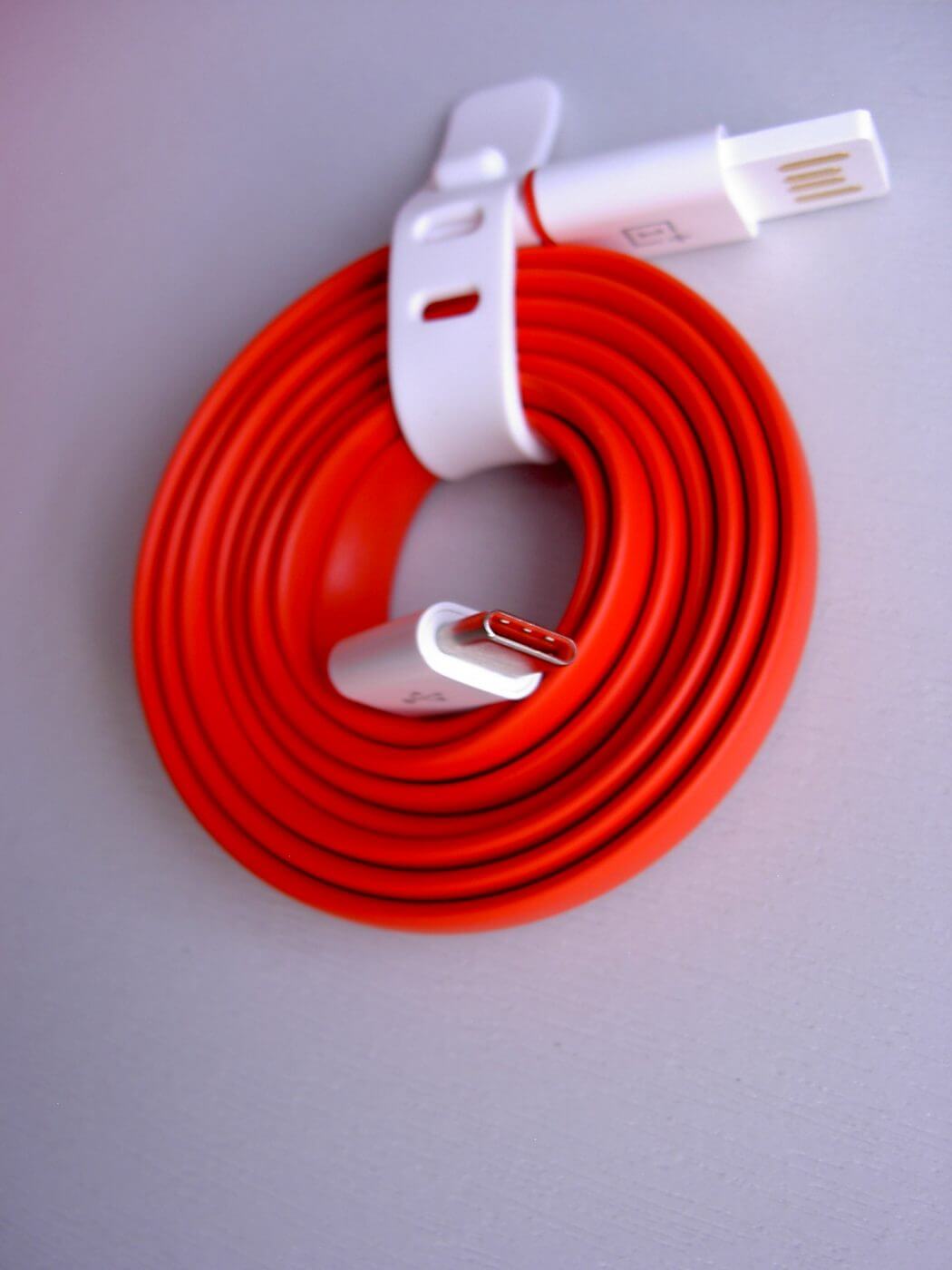 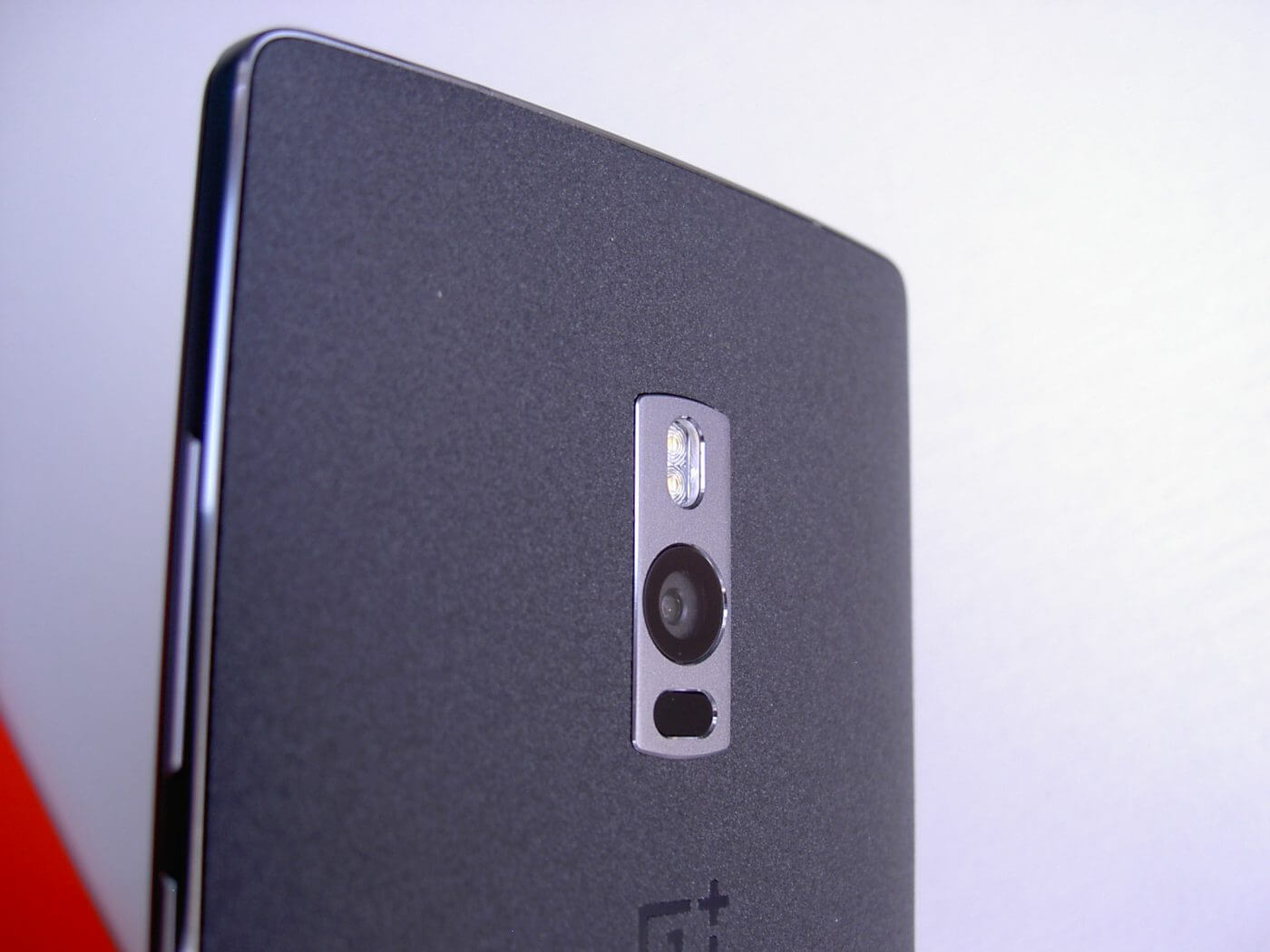 The Alert Slide. Best idea ever. Hold on, didn’t the Palm Treo 650 have one of these? 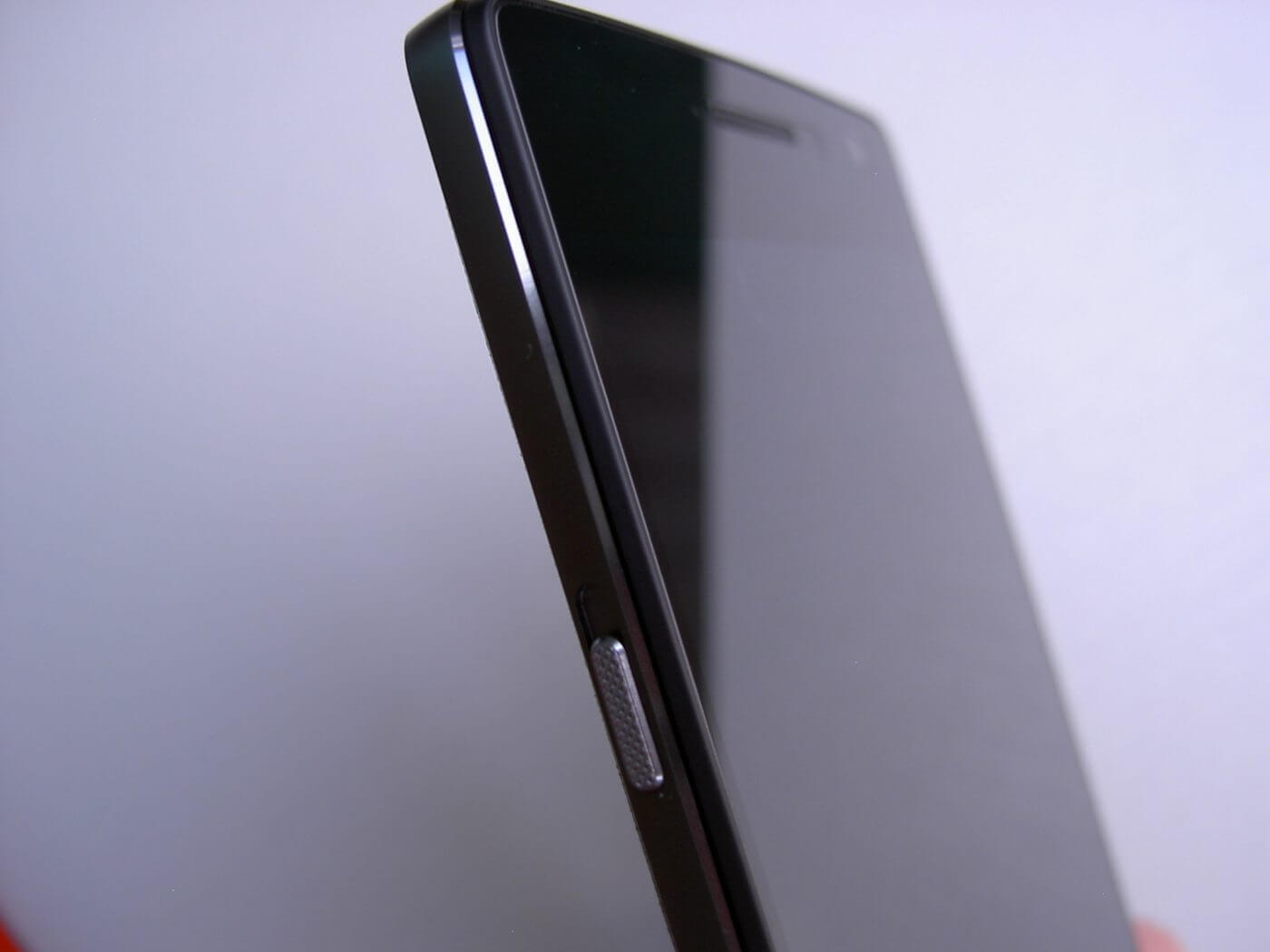 The fingerprint sensor and the USB C port at the bottom of the phone.

Top of the phone and the audio jack socket. 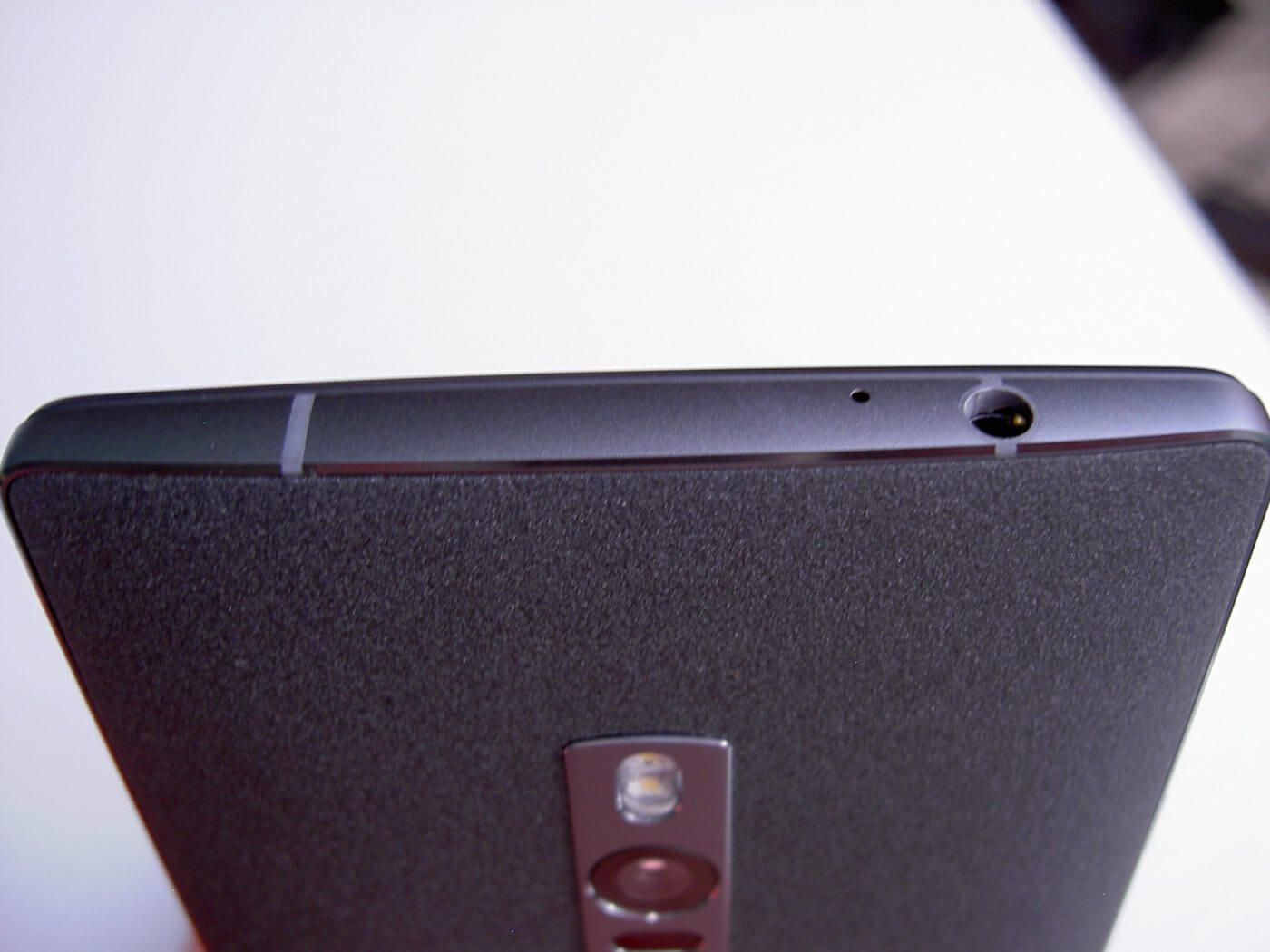 I bought a case too. I really wanted a yellow one but it was out-of-stock. :-( 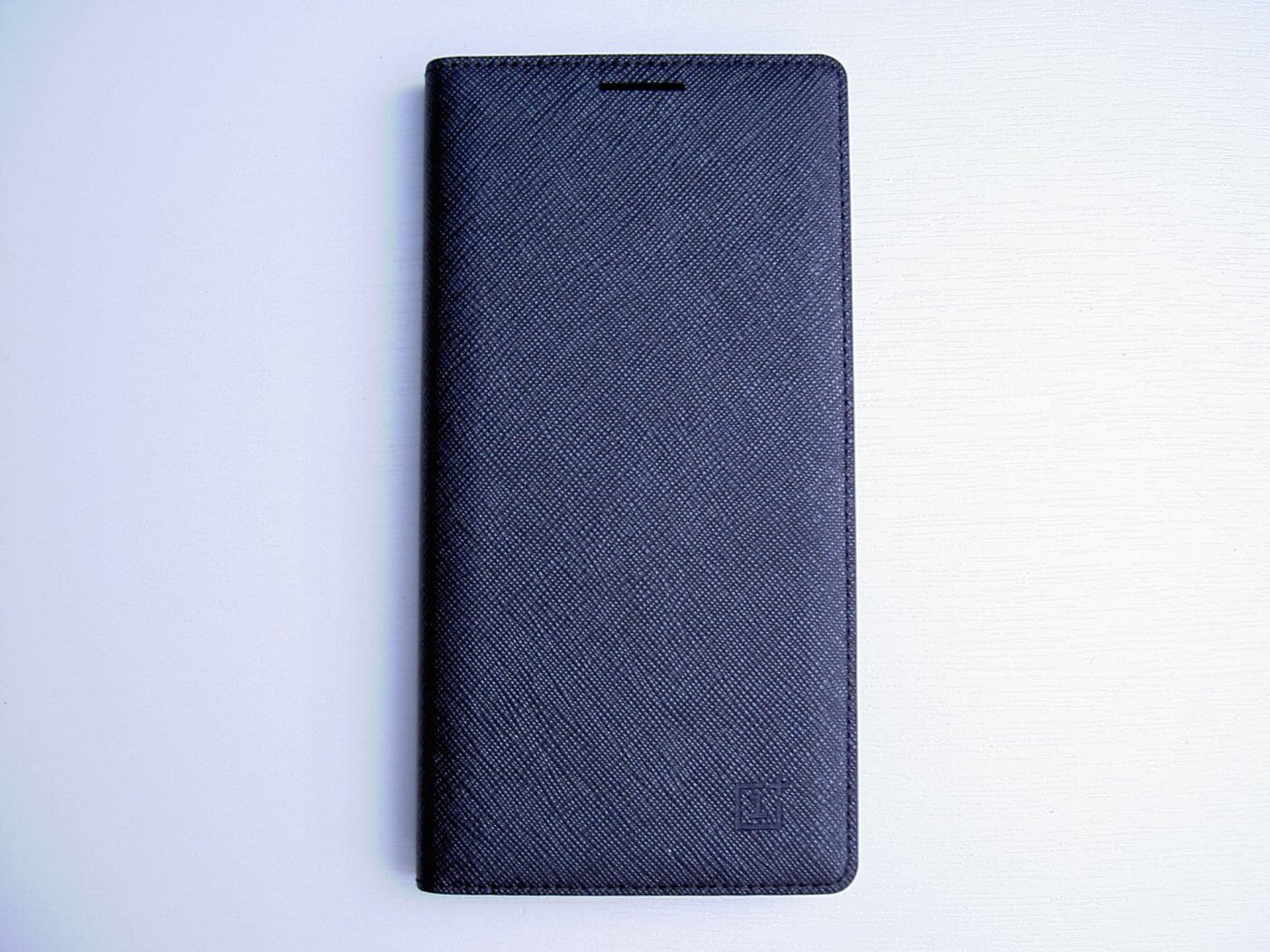 The cases replace the rear cover using OnePlus’ StyleSwap feature. The case and rear covers have little clips that click into the back of the phone. Anyone who had a Nexus 10 and genuine flip cover with recognise the way it works. It’s neat and means that rear covers don’t add any bulk and cases become an integral part of the phone. You can also see the dual SIM carrier. 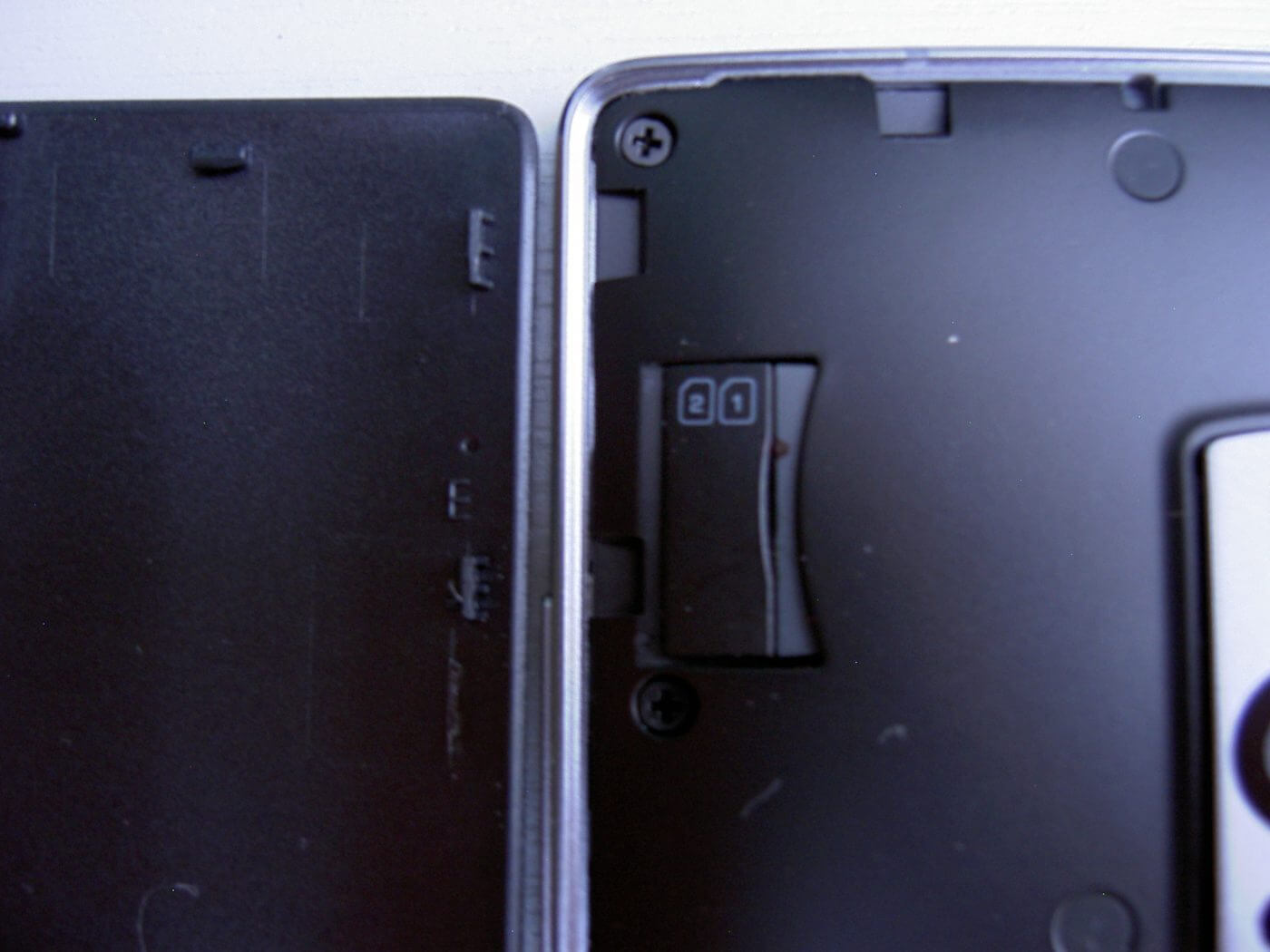 Finally, here’s the OnePlus 2 snug in its new case, ready for setup. 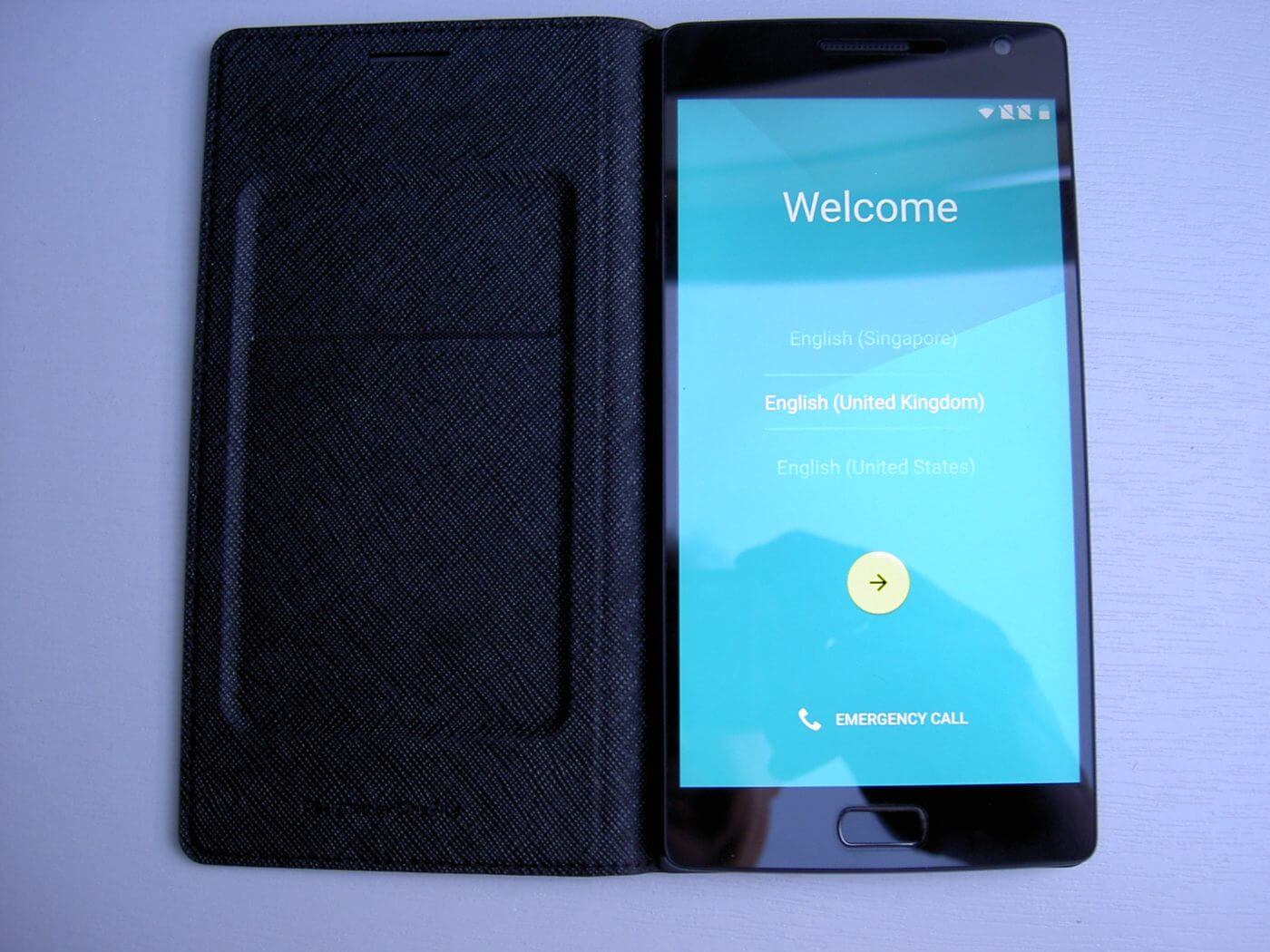 That’s it for now. I’m still loading all my apps and getting it configured the way I like it. I’ve still to get my SIM card swapped to a nano SIM too. Early impressions are good, especially in terms of the styling. Fingerprint sensor is pretty cool.

Disclosure – this was a personal purchase though the early invite was enabled by OnePlus’ PR team.

I’ll have to be honest….this morning’s OnePlus 2 launch event at 3 am was waaayyyy too early to entice me out of my bed when the alarm clock started ringing. I gave it a thump and went back to sleep. Sorry OnePlus but “Never Settle” doesn’t work at 3 in the morning. Still, I reviewed the launch with the help of the VR app and have to give that experience the full thumbs up. The VR part is good if you have Google Cardboard or similar, but even to have a 2D “in the audience” experience at a major launch event was fun and the Android app worked well – there was no faffing about finding the webpage and checking whether the PC has the right plugins. Major win as far as I’m concerned and something that should be taken on for other launch events. 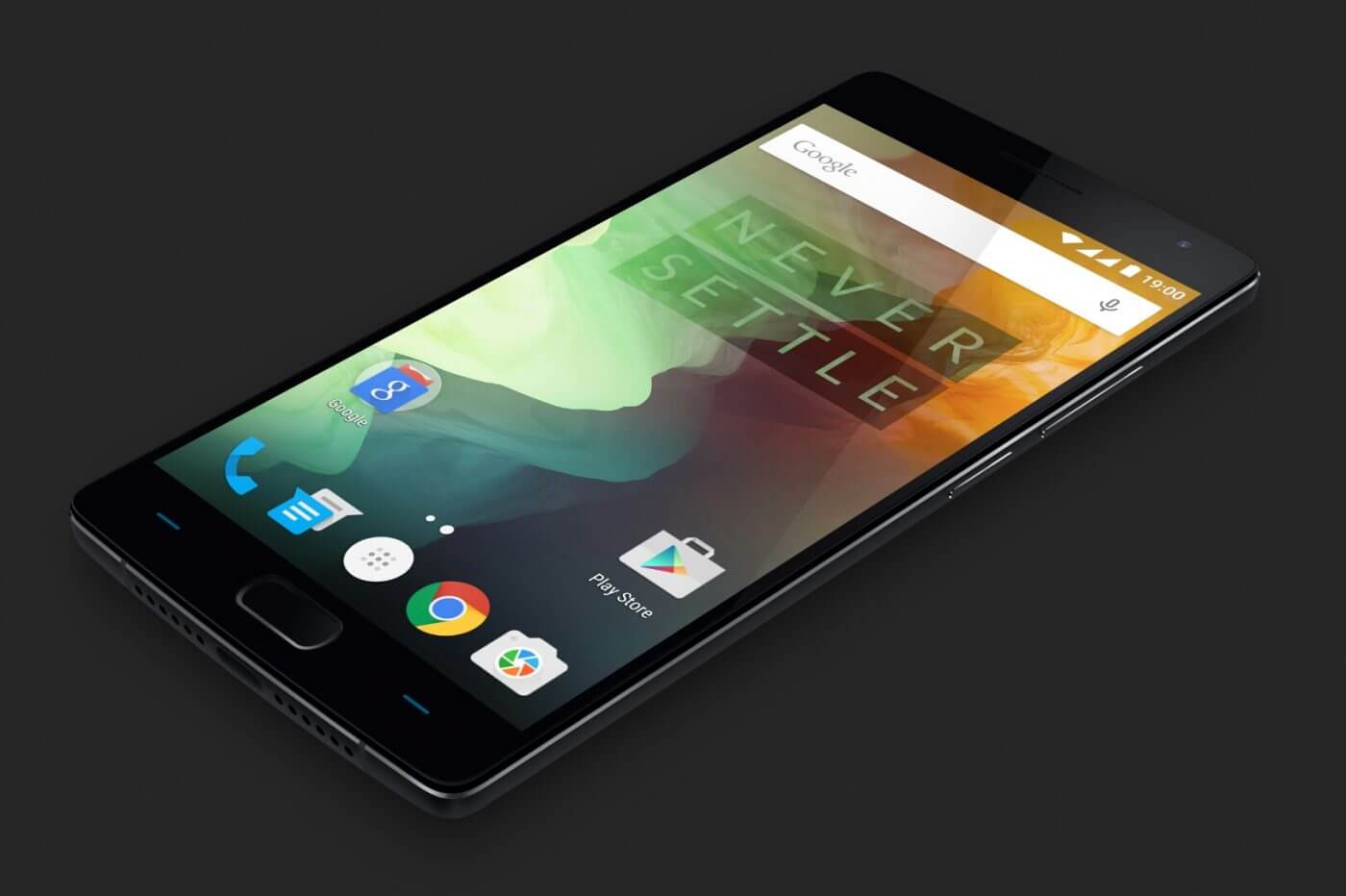 With regard to the OnePlus 2 itself, things are much as expected for a flagship phone – 64-bit Qualcomm Snapdragon 810 processor paired with 4GB of LPDDR4 RAM and 64GB storage, though later in the year, there will be a cheaper version with 3GB RAM and 16GB storage. No change in the screen as far as I can tell, with a 5.5″ IPS LCD screen which is excellent in the One. Battery is up from 3100 mAh in the One to 3300 mAh in the 2.

Of course the big change is the inclusion of a fingerprint reader which will quickly unlock the OnePlus 2 with a finger press. Difficult to say how well it will work until I get hold of a 2 but I’m expecting it to be good and useful. The other new feature is the USB C port which is hard to get overly excited about. Yes, reversibility is handy and the flat cable tangle-free but wireless charging would have been even better.

The camera has been given a boost with the addition of an advanced Optical Image Stabilization system and rear-mounted laser focussing which sharpens the camera in microseconds. Sweet. As we knew beforehand, there are dual SIM slots for world-travellers and data hogs. 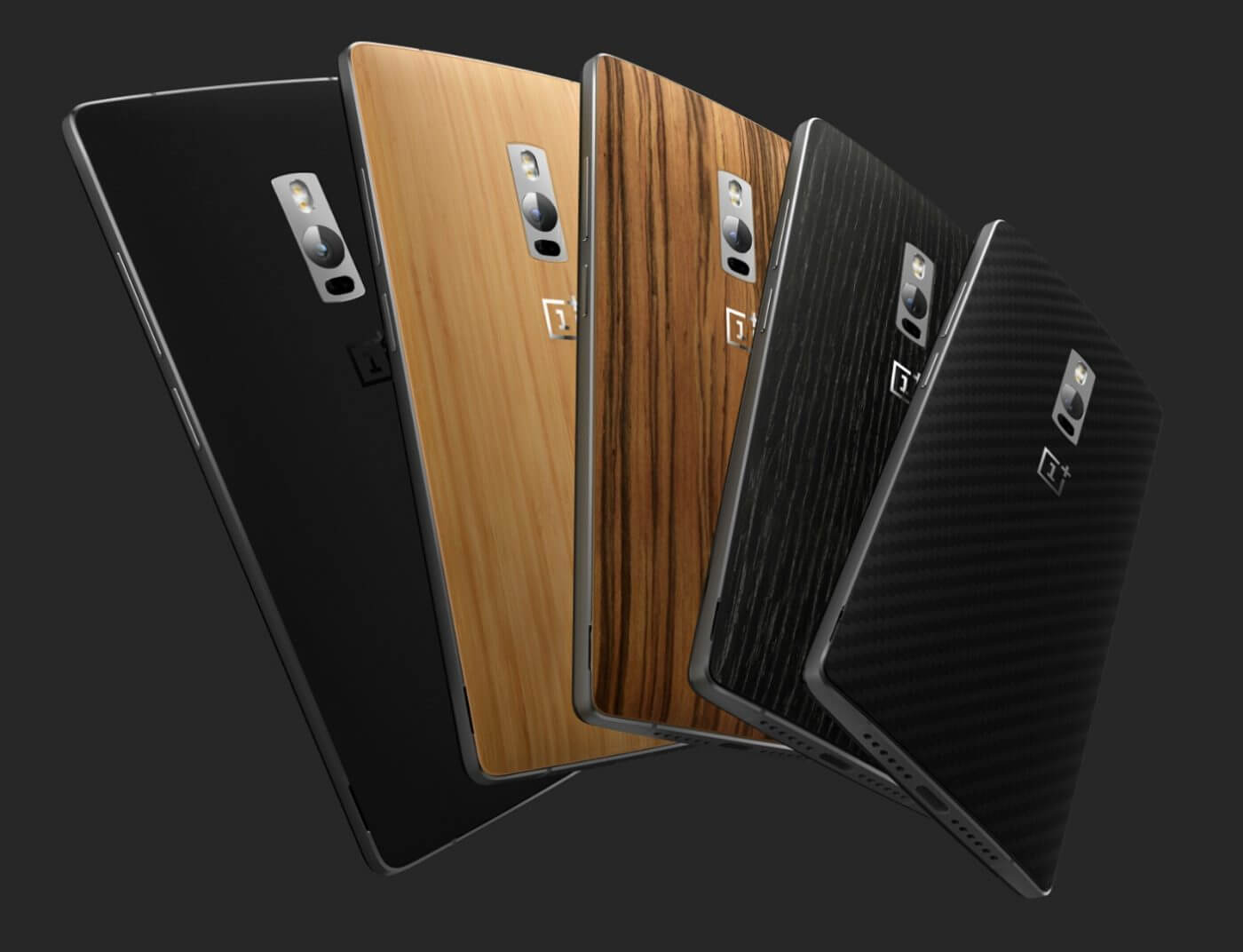 Size-wise, the 2 is slightly smaller but fatter and a tad heavier this time round by 13g (like you’d notice). There’s going to be a selection of StyleSwap backs available from the original Sandstone Black and Bamboo to the new Kevlar, Black Apricot and Rosewood.

Lollipop-based (5.1) OxygenOS replaces CyanogenOS in the OnePlus 2 and continues the customisations seen in the One, including gestures and themes. There are some new features, including a dark mode for use at night, custom LED notifications and greater app permission control.

If you like what you see, how much is the 2 going to cost and when will it be available? The former is easy: the 64GB version will be GB£289, EU€399 and US$389, which frankly is a bargain. I’ll be ordering one as soon as I can, which brings us to the latter. As with the One, the 2 is going to be sold via invites but assuming you get an invite by hook or by crook, you’ll be able to order from 11 August with delivery around 3 weeks later. 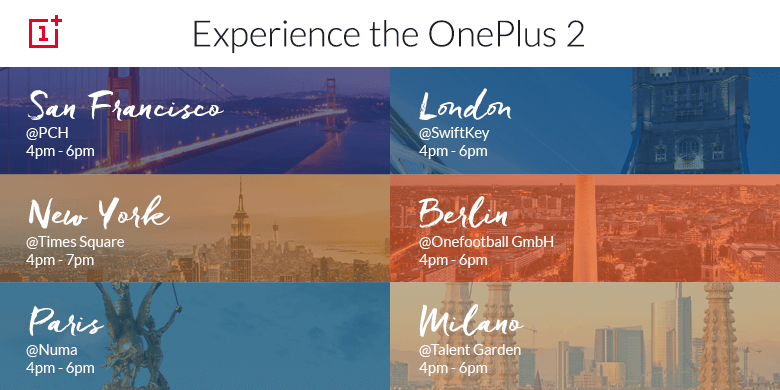 To whet your appetite further, fans can visit one of nine pop up experience centres located around the world on 31 July to sign up for an invite and be one of the first in the world to see the OnePlus 2. Get in line.