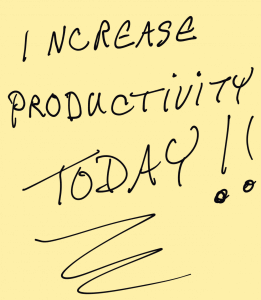 Netbooks are essentially dead, but GoNote apparently has other ideas. At this week’s Gadget Show Live in Birmingham, U.K. the company unveiled a netbook with a different look and purpose. The company is billing the tiny device as “your child’s first computer”.

The 7-inch computer also does not run Windows — not even the basic starter edition that many past devices like this used as an operating system. Nor is it running Chrome OS or Linux. No, the GoNote Mini actually runs Android. “GoNote is one of the first Android products specifically designed to help school-children get access to the best Learning Apps & Games, while becoming familiar with a ‘notebook’ form factor”, the company said in its announcement.

The GoNote Mini will be become available towards the middle of this month and retail for $99, but will be in the U.K. market, so if you want one in the U.S. you will need to pay a fair amount for shipping.

Many websites have been parroting a recent report from Digitimes which is ready to call a “time of death” for netbooks, but are they really going the way of the dinosaur? Yes, it is true that Asus is killing its Eee PC line and Acer may follow suit with its line, but it certainly does not ring a death knell for an entire industry.

In fact, I would argue that the platform is alive and well, but only transforming. After all, we just got brand new Chromebooks from both Samsung and Acer, which could very easily be classified as the next generation in this product line. Let’s face it — the world is still hungry for affordable computers and the attempt to force us to move to overpriced “ultrabooks” is certainly not cutting it with the average consumer.

In short, I find this entire report to be overblown rubbish. It looks at one thing and ignores several others in order to draw a questionable conclusion for sensationalism. Then again, I expect no less from many sites — page views are money and I get that. But, look at the big picture. The market is constantly evolving. The new netbook may well be the Chromebook, which Acer themselves produce. The form factor and price fit the bill. Only the name has changed.

Solid-State Drives (SSDs) haven’t ousted spinning hard drives from the average PC, but they have made significant inroads in the netbook market where the performance of the SSD compensates for the weaker performance of the CPU. Andy McCaskey talks to Larry O’Connor, founder and CEO of Other World Computing (OWC) on how OWC got started, what makes OWC special and why OWC SSDs are the best in class.

If you’re not familiar with SSDs and their features, such as wear-levelling, this video covers much of the technology behind the devices and gives some insight into what to look for when choosing an SSD.

Ubisurfer is a services where you pay for the cost of the netbook which is $250.99 and get free Internet access for up to 30 hours a month for a full year. Right now in the UK if you want unlimited access it will cost you an additional 5.99 pounds a month. The cost in the U.S. has not been determined as far as I can tell.

The Ubisurfer is made to work over wifi or 3G, you choose which one you want to use. There is no plan or activation fee. It is a 9 inch netbook and weights only 700 g. It has a screen resolution of 800 X 480 with a full QWERTY keyboard. It runs on an ARM processor, has a 1 gb ssd drive and an additional 50 gb of online storage. There is also a USB port and an SD Card slot. It uses the Datawind web browser, there has been some complaints that the browser is slow. However since you are getting the access for free I am not sure these complaints are valid.

This sounds like the perfect computer to bring to your local coffee shop, where you just want to browse the Internet, or post a couple of emails or if you are traveling and need be able to get on-line but don’t want to carry your main lap top. The Ubisurfer has been on sale for a while in the UK and uses the Vodofone network, it is just starting to be come available in the U.S. They are also expecting to put out a 10 inch netbook later this year and some tablets.

At CES 2011, HP today announced a raft of changes to its portable computing portfolio, bringing an exceptional mobile experience to its consumers through upgrades to processors, graphics, audio and design features.  Additionally, the Pavilion line of desktop PCs benefits with similar changes to their specifications.

The HP Pavilion dm1 is ideal for the mobile user, being thin and light while delivering notebook performance in small package.  At less than 1″ thick and with an 11.6″ screen, the dm1 comes with AMD’s VISION technology capable of delivering a full 1080p HD experience.  The AMD Fusion-accelerated processing unit integrates a Ms DirectX 11 GPU into the main processor.  And keep things from overheating, the dm1 is equipped with HP’s CoolSense technology, which intelligently controls fans and routes waste heat according to use and situation.

Next, the HP ENVY 17 now features HP’s CoolSense technology making it the first high-performance HP PC with advanced cooling technology. Further, the laptop is able to intelligently switch between the low power integrated graphics and the dedicated AMD Mobility Radeon HD 6580M for high performance.  Twinned with the latest Intel Sandy Bridge CPUs, this is a seriously powerful multimedia notebook.

The Pavilion line (notebooks dv6, d7 and desktops p6700, s5700 and HPE-500) get a spec boost with the latest Intel processors and AMD Radeon graphics chips. New to the desktop PCs is HP’s Multi-Display Capable technology (that’s running two monitors at once to you and me). Selected models have also been upgraded to Beats Audio, created by Beats by Dr. Dre. Working with HP, Dr. Dre and Jimmy Iovine tuned and applied the signature Beats sound profile across the premium notebook and desktop lines to provide a great sound experience.

Finally, the HP Mini 210 netbook gets a fashion makeover with raspberry and iceberry tartans (plaid), though the former will be available exclusively in Best Buy. A matching range of mice and other fashion accessories is also available.  With an Intel Atom processor and six-cell battery, users can expect over 10 hours of use.

News broke today of the new Dell Inspiron Duo – a combination netbook and tablet.  Does it look cool?  Yes.  Will it actually be cool?  We’ll see.

Here are the specs. A 10.1″ screen, Intel dual-core Atom N550 processor, 2GB of RAM, and 250GB hard drive.  Those are especially good for a netbook.  It will also run Windows 7 Home Premium – another step up from the normal netbook OS.  Like any Dell PC it can be customized with such things as a larger hard drive.

The next most important thing, after specs, is looks.  Here, of course, it’s all up to personal tastes.  If you wanted a closer look you can find a hands on with plenty of closeup pictures over on Engadget.  It’s available in three colors – blue, black, and red.  As you have probably guessed from the picture above, the screen rotates around to transform the netbook into a tablet – just flip the screen 180 degrees and close the lid.  The touch interface for the tablet was designed by Dell and looks clean and simple.

So, is this the best of the netbook and tablet worlds combined?  It has promise.  The hardware specs are good.  The box seems to have a nice look and the choice of colors, while not uncommon in the laptop world, is new to the tablet business.  Windows 7 may not be the best tablet interface, but it’s standard for netbooks and probably perfectly usable for the tablet.  It seems like a good alternative for those who want to use a tablet while traveling, but need a real keyboard to get some work done.  At $549 it’s a bit pricey, but not prohibitively so.  I’m intrigued, but not entirely sold yet.  I certainly plan to try one out though.