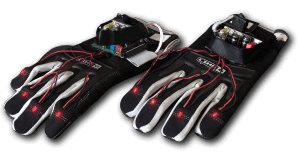 Line 6 is a musical instrument and audio equipment manufacturer that’s been a real industry innovator for nearly two decades. I bought my first Line 6 guitar amp back in 2001 and have been hooked on the company’s products ever since. At this point, it’d be a neck-and-neck battle between Line 6 and Apple as far as which company has made a bigger dent in my overall net worth.

One thing that Line 6 has done recently that’s really intriguing is the development of “remote” apps that work wirelessly with its various products. The first of these connected-app lines is the Amplifi guitar amp/smart speaker system.  Amplifi was designed to bridge the gap between practicing at home and jamming with other musicians. At home, the Amplifi could be used as a speaker for entertainment systems. At the rehearsal space, Amplifi also works as a full-power electric guitar amp.

Amplifi is also the first Line 6 product to use a remote app to control different features of the device. The app originally launched for Android and iOS, running both on iPhone and iPad. Now, Line 6 has brought its Amplifi Remote app to Apple Watch:

The new AMPLIFi Remote v2.11 update enables guitar players to control and access guitar tones via Apple Watch. Guitarists can now access tones, control levels, search the Line 6 Tone Cloud, and use the tuner, right from their wrist. AMPLIFi Remote works with the entire AMPLIFi family, and provides guitarists with unprecedented control over every aspect of their guitar tone and effects.

Amplifi Remote features such as Tuner, MyTones and master/instrument level controls will be accessibly directly on the Apple Watch version of the app. Users will also be able to do a “dictation search” of Line 6’s Tone Cloud service, which will allow them to use vocal requests to search thru guitar tones saved to Line 6’s cloud service. Tones can then be quickly loaded onto an Amplifi device for immediate use.

It’s great to see Line 6’s continued development of things like the Amplifi Remote App. The company has also started rolling out other products that work with similar apps. I’m definitely excited to see what else Line 6 comes up with this year.

As a performing musician, it can be a real drag to have to deal with an instrument cable hanging off behind you on stage. You never know for sure if that cord is going to get tangled up in a weird way, potentially damaging your gear (or maybe even you!). Also, cables can be limiting in terms of mobility. Because sometimes, you just want to get out into the crowd and get up close with your audience during a show. Fortunately, modern music makers have access to wireless transmitters that can fix both of these problems. And audio equipment/musical instrument manufacturer Line 6 has just released the most advanced guitar wireless system ever, the Relay G70.

The G70 supports multiple transmitters so musicians can instantly switch between instruments. Each transmitter features a locking 1/4” input that allows guitarists to plug right in without requiring any special cables or adapters. User-programmable presets on the receiver enable performers to control each instrument’s signal routing, levels and more, with the single press of a footswitch. For example, guitarists can route an electric guitar to an amp via one of two assignable 1/4″ outputs, and an acoustic guitar to the PA system through the assignable XLR output. A dedicated always-on 1/4″ tuner output is also provided, in addition to a built-in tuner. And to preserve battery life in multi-instrument setups, the new intelligent sleep mode allows you to leave all your transmitters on with minimal battery drain while connected to the instruments you’re not actively playing.

Relay G70 provides the lowest latency of any digital wireless system, coming in at under 1.5ms. A custom-designed radio with four calibrated internal antennas delivers a lossless 24-bit digital signal and a wide dynamic range of over 120dB. The G70 also never compresses the signal, providing guitarists with the purest possible audio quality. Performers will enjoy 8+ hours of battery life with standard AA batteries, plus up to 70 hours of standby time thanks to the intelligent sleep mode. The Relay system features a rugged but familiar stompbox-style form factor that integrates easily with an existing guitar pedalboard.

Relay G70 is available now for purchase from most audio gear/musical instrument vendors. One receiver and transmitter retails for $699.99 and additional Relay TB516G transmitters are priced at $279.99 each.