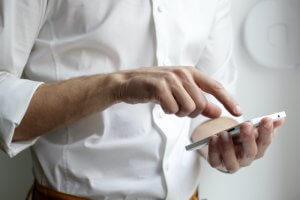 I find it absolutely fascinating that the Iowa caucuses, which run on paper, had problems due to the failure of the app the Iowa Democratic Party selected. CNBC described the situation as representing “one of the most stunning failures of information security ever”.

The Iowa caucuses have always been as low-tech as one could possibly get. People physically stand in an area designated for the candidate they want to support. Everyone is counted. Numbers are literally written down on paper. After some math is done (also on paper), there is a second vote – minus the candidates that did not get enough support to be viable. Once again, someone counts the people, writes down the totals, and that determines the number of delegates each candidate receives.

The problem isn’t with this process, which has worked well in the past. Instead, the problem is entirely with an app that the Democratic National Committee recommended Iowa stop using altogether.

The New York Times reported that the app was “quickly put together in just the past two months.” Precinct captains had difficulty getting the app to function properly. From what I’ve read, it appears that the app would crash, or was not sending the full results to the Iowa Democratic Party. People resorted to calling in the results – which was standard practice previous to this year’s Iowa caucus. Some experienced hold delays of up to an hour.

In addition, the Iowa Democratic Party stated: “We found inconsistencies in the reporting of three sets of results.” Spokeswoman Mandy McClure assured people the app didn’t go down and was not hacked. It is very fortunate that all of the data from the Iowa caucuses had been written down on paper. That information is still accessible.

This situation serves as an example of why it isn’t smart to report votes via an app. Things can get glitchy. Voting on paper is way more secure than electronic voting. We should be shifting back to that – nationwide.

You’ve probably heard of GrubHub. It is an online and mobile food ordering delivery marketplace that picks up food from restaurants and brings it to people’s homes. People use it for the convenience of not having to go get the food themselves. Unfortunately, it appears that GrubHub is doing things that harm small restaurants.

An article on The New Food Economy website was written by H. Claire Brown. In this article, Brown reports that GrubHub has been buying up thousands of restaurant web address, many of small “Mom and Pop shops”, so that those small businesses can’t have them.

The New Food Economy reported that it has found that GrubHub owns more than 23,000 web domains. Its subsidiary, Seamless, owns thousands. They published a full list (Google doc) of the domains. The report says most of them appear to correlate with the names of real restaurants.

Additionally, it appears GrubHub has set up several generic, templated pages that look like real restaurant websites but in fact link only to GrubHub. These pages also display phone numbers that GrubHub controls. The calls are forwarded to the restaurant, but the platform records each one and charges the restaurant a commission fee for every order, according to testimony from GrubHub executives at New York City Hall on Thursday. This happens on the GrubHub platform itself, too. The phone numbers you see displayed in the app typically aren’t a restaurant’s actual phone number, they’re the numbers that GrubHub uses to make sure it’s getting its commission. 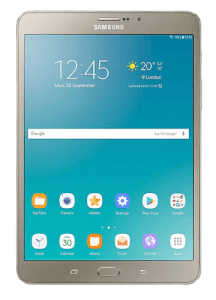 This is a salutary warning to all geeks out there….even with all the year’s of experience, it’s still possible to make a rookie mistake and forget that all microUSB cables are not the same.

Last week at work, I needed to present an Android tablet screen via a data projector. The tablet only had a microUSB port, so connecting up directly via HDMI or VGA was out of the question. I’d have to mirror the tablet screen to a PC and then show the PC screen on the projector. WiFi wasn’t available to the PC, so it needed to be a wired connection but fortunately I had a drawer full of USB A to microUSB cables. I connected the Samsung Tab S2 to my PC and got on the with the job.

The wisdom of the Internet suggest that AirDroid was the one to try, so I signed up for an account, downloaded the PC software and installed the app on the tablet. Could I get the tablet to mirror to the PC? Not a chance!

Back onto the Internet, I then discovered that the Samsung tablets have an app for this called Flow, which doesn’t need rooting or developer access. Brilliant. I chucked AirDroid out the window, downloaded the complementary PC software….only to find that it’s for Windows 10, not Windows 7. This isn’t going well.

A bit more research and I further find that Flow’s predecessor is SideSync. There’s an app in Google Play, there’s a download for Windows 7…this is it, sorted….Nah, still doesn’t (expletive deleted) work.

I’ve been at this for hours and at this point I start to blame ActiveDirectory policies but it’s time to go home so I take the S2 home (leaving the USB cable) to see if I can get it to work on my personal laptop. And of course, it works straightaway.

At this point, the penny drops. It’s the bleeping USB cable. The one at work is a “charge only” cable whereas at home I’ve a proper “sync’n’charge” cable.  I’ve wasted half a day because I forgot that not all microUSB cables are the same. Back in work the next day, it’s time for lessons learned and I get the scissors out. Useless pieces of junk.

To paraphrase a European politician, there’s a special place in hell for companies that bundle charge-only cables with their products to save a few pennies.

And Samsung’s SideSync did the job perfectly. Thumbs up!

The Federal Trade Commission (FTC) announced that the operators of the video social networking app Musical.ly (now known as TikTok) have agreed to pay $5.7 million to settle FTC allegations that the company illegally collected personal information form children. This is the largest civil penalty ever obtained by the FTC in a children’s privacy case.

The FTC’s complaint (which filed by the Department of Justice on behalf of the FTC), alleged that Musical.ly violated the Children’s Online Privacy Protection Act (COPPA), which requires that websites and online services directed to children obtain parental consent before collecting personal information from children under the age of 13.

User accounts were public by default, which means a child’s profile bio, username, picture and videos could be seen by other users. Changing the setting to private did not make the profile private. Users could still send direct messages to private Musical.ly accounts.The complaint noted that there had been public reports of adults trying to contact users via the Musical.ly app.

The FTC complaint said that operators of the Musical.ly app were aware that a significant percentage of users were younger than 13 and received thousands of complaints from parents that their children under 13 had created Musical.ly accounts.

TikTok posted information on its newsroom about how they will work with the FTC in conjunction with the agreement. TikTok will split users into age-appropriate TikTok environments, in line with FTC guidance for mixed audience apps. The environment for younger users will not permit the sharing of personal information. It also places limits on content and user interactions.

There are two things can be learned from this situation. One is that companies that have apps or websites that collect user’s personal information really need to take steps to ensure that the data from children is kept private. Failing to do so could result in a huge fine.

The other lesson is that parents should not assume that an app will protect their child’s data – or keep their child’s profile private. Take the time to see what the app collects, and how protective their privacy settings are before allowing your child to use it.

Nextdoor allows communities to easily create private websites to facilitate communications among neighbors and build stronger neighborhoods. It was based on the idea that the neighborhood is one of the most important and useful communities in a person’s life. You can now sell your items on Nextdoor.

Here is what is new:

* The Classified category has been changed to the For Sale and Free category.

* There is now a “no longer available” setting that you can use once your items are sold or given away.

* Replies only by private message – This was done to reduce the noice in the public newsfeed. There will be no public replies to posts in the For Sale and Free category.

* Option to share with a broader local area – You can choose to make your item visible beyond your Nearby Neighbors.

In addition, there will soon be improved moderation of For Sale and Free posts. Lead moderation in that category will soon match the moderation process for other types of content.

The tbh app is popular with teenagers. This probably explains why I had not heard of it before TechCrunch reported that Facebook had acquired tbh. According to TechCrunch, tbh has had 5 million downloads and 2.5 million daily active users in the past nine weeks.

The letters tbh stand for “to be honest”. It was first launched on August 3, 2017, in the state of Georgia. Since then, tbh has rolled out the availability the app in more states. The plan was to eventually support a national audience.

You can download the tbh app for free from the App Store. The purpose of tbh is for people to give anonymous, positive, feedback to their friends. Feedback is given in response to positive multiple-choice polls about friends. Those friends will receive the poll results as compliments.

Today we’re announcing that we’re joining Facebook to continue our mission. When we met with Facebook, we realized that we shared many of the same core values about connecting people through positive interactions. Most of all, we were compelled by the ways they could help us realize tbh’s vision and bring it to more people.

Those who are currently using the tbh app are assured that their experience with tbh won’t change as a result of tbh joining Facebook. According to tbh, they will continue to build features that their users love – “now with plenty more resources.”

Microsoft has introduced a new, intelligent task management app that makes it easy to plan and manage your day. It is called Microsoft To-Do, and it is now available in Preview.

To-Do comes from the team behind the Wunderlist app, and delivers a smarter, more personal and intuitive way to help people stay organized and get the most out of every day. It is powered by Office 365 integration and an intelligent algorithm.

To-Do helps you to create a list for anything – for work, home projects or just groceries. You can keep track of deadlines by adding reminders, due dates and notes, and personalize it with colorful themes. You can access your lists anywhere with the To-Do apps for iPhone, Android phone, Windows 10 devices and the web.

Every morning, To-Do gives you a clean slate called My Day. You can put in whatever tasks that you want to accomplish that day. Tap a lightbulb icon to access Intelligent Suggestions. The app will show you to-dos from the day before, what’s due, or upcoming, and other helpful suggestions based on To-Do’s algorithm. You can add the ones you want to get done to My Day.