Ergonomics plays a large role in how appealing and useful we find electronic devices, thus ergonomics ends up affecting out behavior more than we realize. 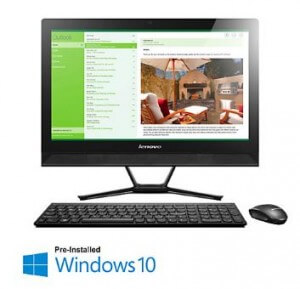 Like many people back in the 1990’s I was heavily into building my own computers, typically using the ever-popular tower case to house things in. The basic machine included a tower, a monitor, a keyboard and a mouse. We figured out ways of placing the various elements to make using these machines as comfortable as possible, and this basic configuration is still dominant today in most offices.

Over the years, especially early on, I was able to sell many of my old cast-off machines when I would get new equipment. By the time the 2000’s came, computers had saturated the market and older machines weren’t as easily gotten rid of. So, thus began somewhat of a psychological barrier to remain on the upgrade path.

Also at some point I felt that performance had gotten good enough that it really wasn’t as necessary to continually change out the hardware. I ended up keeping machines longer, and they sort of morphed into appliances. I bought a few Macs and they are all still hanging around, including two Mac Minis. Mac Minis, though they are small, still follow the same familiar tower-monitor-keyboard-mouse paradigm.

My recent purchase of a Surface Pro 3 256 did something I didn’t think was possible. It got me excited over the possibilities of an all-in-one touch form factor running Windows 10.

As a result, I’ve been looking at all-in-one desktop touch computers from companies such as HP, Dell, Acer, Asus, Lenovo and Samsung. I developed a bit of a feel for features versus price in the current all-in-one market.

For $449 dollars at my local Office Depot store, I ended up buying a Lenovo C40 series machine with an AMD processor, 8 gigs of RAM expandable to 16, Windows 10 preinstalled, 3 USB 2.0’s, 2 USB 3.0’s, 2 HDMI’s out, a 1920 x 1080 21.5” inch capacitive touch display, integrated CD/DVD writer, Bluetooth 4.0, SD card reader, wired USB keyboard, wired USB mouse, and a one terabyte hard drive. The display machine set up in the store also passed my cursory performance tests, which include how fast menus snap open, as well as how quickly the machine can reboot.

I am enjoying the all-in-one form factor even more than I thought I would. A large portion of the enjoyment surprisingly comes from the ergonomics afforded by the all-in-one form itself. This particular Lenovo model on its stand sits about 4 inches above the surface of the desk. This gets it up high enough that it becomes easier to look at. Also, the USB ports on the side are extremely handy – no fumbling around on the floor behind a machine to try to plug in a USB memory key or SD card – the USB 3.0 ports and SD card reader are conveniently located along the left side of the machine as you are facing it thus placing the ports right where in my case plenty of light falls on them making using them a snap.

Another aspect is that it is easy to bring the entire machine forward far enough that I can encourage myself to keep good posture as opposed to realizing that I’ve unconsciously hunched over into an uncomfortable position.

As noted above the memory can be boosted to 16 gigabytes and the hard drive is also accessible. Rudimentary instructions are included on how the machine comes apart to get at these items.

Despite the fact that the machine is quick and responsive even with video editing, certain processor-intensive tasks such as video rendering are not as fast as the performance one would get out of an Intel i5 or i7. The slow video rendering is likely exposing one of the key weaknesses of the AMD A6-7310 processor. Nonetheless, for basic everyday tasks this model is snappy enough.

The all-in-one touchscreen computer does seem to be catching on with consumers. Windows 10 is the right operating system at the right time. Millions of people have grown quite comfortable with the touchscreen experience and an entire new generation of kids that were born after the advent of the modern capacitive touchscreen are simply expecting it.

The home server or NAS has become a fairly commonplace item these days. Who would have thought back in the 90’s that we would all have a server in our home. In those days, the thought of running a server was daunting, would we need to hire an IT pro to set it up and maintain it?

Well, those days are over, and it’s become common practice. Now, Lenovo has unveiled its upcoming offering, known as the Beacon. The server is termed a personal cloud storage device because it allows for access from anywhere. “Easier to use than NAS-storage type devices, Beacon lets users upload files either wirelessly or via an onboard USB connection with just the press of one button.Users can seamlessly access files around the home or on-the-go, and Beacon’s secure access rights make it a great device to share with multiple users”, the company announces.

The Lenovo Beacon personal cloud storage device will be available beginning in April with models starting at $199 via major retailers and through Lenovo directly.

This past week Lenovo released its latest Yoga devices. While the previous iteration of this hardware was a convertible style Windows 8 notebook, the latest members of the family are tablets running Android.

Both tablets feature Quad Core processors for 3G models with 16 or 32 GB capacity and feature Android 4.2. Each is also equipped with Dolby audio, with a pair of front facing stereo speakers and a kickstand to make it easy to use for watching streaming media.

“Extremely mobile, both models are featherweights weighing in at 1.35 lbs for the 10-in model and 0.88 lbs for the 8-in model. They feature high definition 1280 x 800 displays, a 5 MP auto focus rear camera plus an additional front camera, a micro SD expansion slot, allowing up to 64 GB of total storage, WiFi and optional 3G in select countries and a micro USB connection and Dolby DS1 for rich audio”.

The two tablets retail for $249 and $299 for the 8 and 10 inch models respectively. In the coming days Geek News Central will bring you a full review, but for now we wanted to give you some early images of the device. Depicted below is the 8-inch model, though the 10 is identical and only different in screen size. Disclaimer: This device was provided by Lenovo

Lenovo, the company that bought out the IBM PC business, has become a favorite of businesses, as its Thinkpad and Thinkstation can be found in offices everywhere.

Now the company, in keeping with the times, is moving into the realm of Ultrabooks, which is the latest catchphrase in the tech world. The Thinkpad Helix is an 11.6-inch notebook that packs an Intel Core i7 processor, 8 GB of RAM, 1080p display and 256 GB SSD for storage. Those are all impressive numbers, but that is not really what the Helix is about.

The real magic, providing everything works as expected, is that this ultrabook separates to become a tablet. When in laptop mode Lenovo claims 4 four hours of battery life, but when it is converted to a tablet the company is touting six hours. It can also sit backwards in that keyboard base, making it a tablet stand.

The price starts at $1499 and the Thinkpad Helix will be available in the first quarter of this year.

Gartner came out with their quarterly press release detailing PC shipments in 2011. In Q1, they found Worldwide PC shipments totaled only 84.3 million units. It’s only a 1.1 percent decline from Q1 – 2010, however, this trend has shown that PC shipments have, for the first time, suffered a year-over-year decline.

That means PC shipments have declined for 2 years in a row. This after Gartner predicted a 3 percent growth in Q1.

Of course, you can guess what caused the decline.

“Weak demand for consumer PCs was the biggest inhibitor of growth,” said Mikako Kitagawa, principal analyst at Gartner. “Low prices for consumer PCs, which had long stimulated growth, no longer attracted buyers. Instead, consumers turned their attention to media tablets and other consumer electronics. With the launch of the iPad 2 in February, more consumers either switched to buying an alternative device, or simply held back from buying PCs. We’re investigating whether this trend is likely to have a long-term effect on the PC market.”

Note: Data includes desk-based PCs, mobile PCs, including mini-notebooks but not media tablet such as the iPad.
Source: Gartner (April 2011)

Will this Trend Continue?

While we are definitely on a tablet kick, we still need another computer for when the tablet becomes more of a hindrance. Something that holds more data, plays higher-resolution games, sits on the desk while we enter finances or taxes, or something that has a little more horsepower than the iPad or Galaxy Tab. It’s definitely getting overshadowed by a tablet, but we are not ready to ditch the old tower or laptop just yet.

The big question: Have you parted ways with your desktop or notebook for a tablet? Let me know by commenting below. It is very important that you listen to my podcast on July 2nd as within that show will be instructions on how to win a Lenovo Think Centre A63 Computer System with dual screens. As you know I have been talking about this system in my show for a while now, and it is going to make a great computer for a listener of my show. The contest details will be announced within the show. Here the kicker the contest period is very short. I will announce a winner on July 6th so you will have to make sure that you download and listen to the podcast over the 4th of July Holiday weekend.

I will be talking more about the Lenovo Think Centre this coming week along with releasing a in depth review in preperation for the giveaway. In addition to our giveaway a host of other sites are giving away the same prize package. Check out the rest of the sites for more details timelines of their contest are listed below.