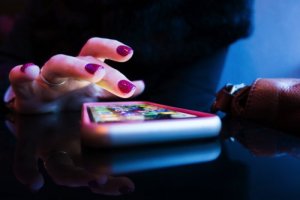 After the US supreme court overturned Roe v. Wade on Friday, calls increased for tech companies to take a stand about the use of online data to incriminate individuals seeking or providing abortion services, The Guardian reported.

According to The Guardian, abortion and civil rights advocates have warned that there are few federal regulations on what information is collected and retained by tech firms, making it easy for law enforcement officials to access incriminating data on location, internet searchers and communication history.

Electronic Frontier Foundation (EFF) posted “Digital Safety Tips: For People Seeking an Abortion”. In it, EFF recommends that people should keep searches related to abortion separate from their daily lives. Compartmentalizing it could make it harder to trace it back to you.

EFF also recommends choosing a separate browser with hardened privacy settings. They suggest browsers like Brave, Firefox, and DuckDuckGo on mobile. They also recommend turning off browser’s abilities to remember browsing history and site data/cookies. People who need to call a clinic or healthcare provider should do it through a Google Voice phone number instead of their actual phone number.

CNBC reported that tech companies may have to contend with issues about user privacy related to such health care whether they want to or not. That could be the case if they are ordered by a court to hand over certain types of data, like location information of users at an abortion clinic, search histories or text messages.

According to CNBC, before the decision [by the Supreme Court], lawmakers called on Google and the Federal Trade Commission to ensure data for online consumers seeking care would be protected in the event of a landmark Roe v. Wade ruling. The letters came in the wake of Politico’s reporting on a leaked draft decision that would cut back the protections.

ArsTechnica reported that four Democratic US Senators asked the Federal Trade Commission to “investigate Apple and Google for engaging in unfair and deceptive practices by enabling the collection and sale of hundreds of millions of mobile phone users’ personal data”.

The letter cited the Supreme Court decision overturning Roe v. Wade, saying that women “seeking abortions and other reproductive healthcare will become particularly vulnerable to privacy harms, including through the collection of their location data,”

Personally, I don’t think anyone wants to have their data collected by big tech companies – no matter what it was they were looking at on their phone or computer. Nobody wants data brokers to sell their information. I think that digital privacy is a topic we can all agree needs to be made more secure.

Facebook claimed that Apple’s new AppTrackingTransparancy for iOS 14, iPadOS 14, and tvOS 14 “will hurt small businesses who benefit from access to targeted advertising services.” EFF points out that Facebook is not telling you the whole story. Facebook’s complaint, according to EFF, is what Facebook stands to lose if its users learn more about exactly what it and other data brokers are up to behind the scenes.

Bottom line: “The Association of National Advertisers estimates that, when the “ad tech tax” is taken into account, publishers are only taking home between 30 and 40 cents of every dollar [spent on ads]”. The rest goes to third-party data brokers who keep the lights on by exploiting your information, and not to small businesses trying to work within a broken system to reach their customers.

EFF pointed out that small businesses cannot compete with large ad distribution networks on their own. Because the ad industry has promoted this fantasy that targeted advertising is superior to other methods of reaching customers, anything else will inherently command less value on ad markets, EFF reported.

Personally, I think EFF did an excellent job of explaining why Facebook’s “laughable” campaign is a problem. Facebook is worried that Apple’s AppTrackingTransparency feature will hurt Facebook’s chance to make money off the data it collects from its users.

This has nothing to do with an attempt to help small businesses. In my opinion, Facebook realizes that people don’t like to be tracked, and that targeted ads can be creepy. What we are seeing is Facebook having a panic attack about the amount of money they could lose after Apple, by default, prevents apps from collecting and sharing people’s data.

In the United States we are supposed to have certain rights under the 4th amendment of the U.S. Constitution:

The right of the people to be secure in their persons, houses, papers, and effects, against unreasonable searches and seizures, shall not be violated, and no warrants shall issue, but upon probable cause, supported by oath or affirmation, and particularly describing the place to be searched, and the persons or things to be seized.

However in today’s world most of us don’t write letters and our “papers and effects” are online. They are on the social media sites we are members of and the websites we visit. So if the FBI comes knocking at the door of the ISP you use, your favorite search company or social media sites you visit and request they hand over your information to them. Will the company simply hand over the information or do they request a warrant.  Another words which company has your back and which company does not.   That is what the (EFF) Electronic Freedom Foundation investigated. This is the third year they have publish this report.   They took a look at 18 tech companies and looked into their terms of service, privacy policies, advocacy, and courtroom track records, to see how they stack up. They looked at the following 6 criteria

Out of the 18 companies they investigated only two companies received all six stars, Twitter and Sonic.net. Two companies MySpace and Verizon received zero stars. A full chart is available at the EFF website along with a PDF explaining what they looked for and how they evaluated it. According to the EFF they have notice some progress over the three years they have been doing the report, more companies are now letting individual know when a government entity is requesting information about them. It is nice to see that some companies are doing their part to protect our information from the government. Hopefully next year more companies will have more stars

Fresh back from the Windy City! The snow and cold weather was ok for a couple of days, but I prefer 80 and cool trade winds. Lots of great tech to cover tonight.. I have some great opportunity to someone that would like to underwrite the show for a couple of episodes, drop me a line if your interested. I should be in Hawaii over the next couple of weeks so it will be great to get back into a regular rhythm for the show production.

Moving forward, I have decided to add as many as 5 shows to the line up here at Geek News Central, host will have to agree to a two year commitment and have to carry their own weight and bring new fresh content to the site. This show remains same format, new shows to GNC will be unique and live under the GNC banner head. I have a very important survey for you to fill out. Link is directly below this paragraph. I want to find out what it would take to make you be a insider.

Insider / Ohana Links:
What do you think of UFO’s a YouTube Explanation.
Image of the Day.
Girdles for Men?
HTML5 Video Webinar
No fed Charges in Laptop Spying.