Spotify announced an upcoming update to Home Feeds. It’s not out yet – but will be made available soon.

Spotify’s Home is a go-to-spot to find new recommendations and revisit recent favorites. And with an upcoming update to Home, users will get a gateway to great content they will love – from tried-and-true playlists to new artists and thought-provoking podcasts.

This week, Spotify is launching a new Home experience that includes feeds for both Music and Podcast & Shows. The feature is currently rolling out to Android users and will soon be available on iOS. By creating these feeds, Spotify will help listeners to easily scroll through the type of content they’re looking for at that moment. The updated interface will make the experience more personalized while allowing users to dig even deeper into their recommendations.

The Music Feed will give listeners quick access to suggestions based on their music tastes. There will also be album and playlist recommendations as well as new buttons to make it easy to share, like, and instantly play music.

In the Podcast & Shows feed, listeners will be able to head straight to new episodes of their favorite shows. They’ll also find personalized podcast recommendations. Listeners will be able to read episode descriptions, save to Your Episodes, or start playing podcasts without leaving the page, so the experience all starts from one place.

According to TechCrunch, Spotify to date has defined itself by advanced personalization and recommendation technology, so it’s no surprise that the company is adding new feeds focused on personalized music and podcasts.

9To5Mac reported that the update will be available in the coming weeks for iOS devices. You can download the Spotify app for free on the App Store. It requires an iPhone running iOS 13 or later. There are also versions for Apple Watch and Apple TV.

If your personal preference is to listen to music and podcasts on Spotify, you have nothing to lose by trying out the new Home Feeds. Maybe you will find some great new artists and podcasts.

Overall, if you really love music, the best thing to do is purchase it. This can be easily done through sites like Bandcamp, or through the official website of your favorite bands. Spotify provides a service that many people enjoy. But that doesn’t mean it will always have your favorite songs – especially if an artist chooses to remove their work from Spotify. 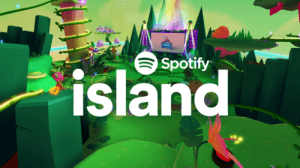 Spotify announced today that they are introducing Spotify Island in Roblox. It is described as “a paradise of sound where fans and artists from all over the world can hang out and explore a wonderland of sounds, quests, and exclusive merch.”

Spotify is the first music-streaming brand to have a presence on Roblox, a virtual universe where users can create and play games and share experiences with friends. Through this interactive world, we’re creating a place where fans can link up and create new sounds together, hang out in digital spaces, and gain access to exclusive virtual merch. Spotify Island is an audio oasis that has it all.

According to Spotify, Roblox users can mingle with artists, complete interactive quests, and unlock exclusive content. Players can enjoy an immersive audio experience by creating music and exploring sounds at the virtual beat-maker stations powered by Soundtrap. The island will have other musical Easter eggs for users to discover. Users can even climb to the top of “The Charts” by collecting points.

In addition, Roblox users will have the chance to collect the heart-shaped “Like” icon, which can be exchanged for merch. Spotify says that music artists can connect with fans through Spotify Island, and partner with Spotify on the creation of in-game virtual merchandise. Spotify’s portion of those sales will go directly back to the artists themselves.

Roblox states that Roblox’s mission is to bring the world together through play. “We enable anyone to imagine, create, and have fun with friends as they explore millions of immersive 3D experiences, all built by a global community of developers.” In addition, Roblox is ranked as one of the top online entertainment platforms for audiences under the age of 18 based on monthly visits and time spent.

TechCrunch reported that initially, four free items can be unlocked by completing missions around Spotify Island, by doing things like playing sounds within the world’s crystal cave and on a trampoline, or collecting the musical notes sprinkled throughout the island. TechCrunch has an image of a block-like figure who has a colorful, light green, guitar that has been covered with a variety of stickers.

According to TechCrunch, there is an Easter egg that can be unlocked by players who collect enough little hearts. This Easter egg will change the island from daytime mode to nighttime mode for the individual player. There are also glow sticks on the ground players can pick up to leave light trails behind them as they run around. A leaderboard will track the hearts collected by various island visitors.

Personally, Spotify Island sounds like fun, and I think most people will enjoy it. I really like that some of the merch sales will go to the musical artists. It feels like Spotify is attempting to be ethical and is supporting artists via Spotify Island. I definitely prefer this sort of merch over NFTs, especially since Roblox includes players who are children.

Joe Rogan has been in the news a lot lately, mostly not for good reasons. It began mostly with his stance against the Covid-19 vaccination and the accusations of the hype he gave to alternative medicine, along with providing a platform for people with questionable beliefs.

It reached a peak when a video was compiled and released of about twenty of the countless times, he has used a particular racist slur during the course of his shows, some of which have since been removed from the Spotify database. He then garnered more attention just a few days ago with his history of homophobic slurs coming to light.

People began calling for the removal of his show from the Spotify airwaves, but, despite the protest departures of high-profile musicians like Neil Young, did not happen. Spotify, having reportedly invested $200 million in the contract, declined to take him off.

However, today the show disappeared from the music company’s library without any explanation. It isn’t just missing a new episode, all past ones are also gone.

Without any comment thus far from the broadcaster, it’s impossible to speculate on why the show is gone. Did Spotify intentionally remove it or is it simply a system problem on their end? We would expect an announcement soon.