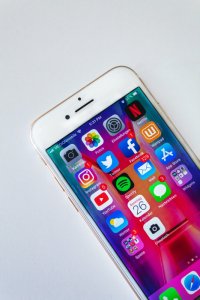 A federal court upheld the validity of a Texas social media law that companies like Meta Platforms Inc. and Twitter Inc. say will prevent them from blocking hate speech and extremism, Bloomberg reported. The 5th Circuit Court of Appeals in New Orleans on Friday lifted a lower court injunction that had blocked the legislation from taking effect.

According to Bloomberg, the Texas law bars social media platforms with more than 50 million users from discriminating on the basis of viewpoint. Texas Governor Greg Abbott and other Republicans argue the legislation is needed to protect conservative voices from being silenced. But tech groups say the measure unconstitutionally bars platforms from removing neo-Nazi and Ku Klux Klan screeds or Russian propaganda about its invasion of Ukraine.

Bloomberg also reported that critics of the law said it will wreak havoc on social media platforms by removing their ability to moderate and remove content that falls outside user guidelines. It would also allow Texas residents to sue platforms if posts are removed by claiming that their content is being censored.

The Washington Post reported the U.S. Court of Appeals for the 5th Circuit upheld a controversial Texas social media law that bars companies from removing posts based on a person’s political ideology, overturning a lower court’s decision to block the law and likely setting up a Supreme Court showdown of the future of online speech.

According to The Washington Post, the ruling could have wide-ranging effects on the future of tech regulation, giving fresh ammunition to conservative politicians who have alleged that major tech companies are silencing their political speech. The Washington Post also reported that the decision diverges from precedent and recent rulings from the 11th Circuit and other courts, and tech industry groups are likely to appeal.

An appeal of the decision, The Washington Post wrote, could force the Supreme Court, where conservatives have a majority, to weigh in on internet regulation, which has become an increasingly politicized issue since the 2016 election. Liberals have called for new limits on the companies that would block the proliferation of harmful content and misinformation on the platforms, and conservatives have argued that the companies have gone too far in policing their sites, especially after the companies’ 2021 decision to ban Trump following the January 6 attacks on the Capitol.

Politico reported that NetChoice Vice President and General Counsel Carl Szabo said in a statement that his organization plans to appeal: “We remain convinced that when the U.S. Supreme Court hears one of our cases, it will uphold the First Amendment rights of websites, platforms, and apps.

According to Politico, CCIA President Matt Schruers said, “We strongly disagree with the court’s decision. Forcing private companies to give equal treatment to all viewpoints on their platforms places foreign propaganda and extremism on equal footing with decent Internet users, and places Americans at risk.”

Personally, I think the court’s decision is going to immediately result in the meanest people on social media ramping up posts in which they spread misinformation about minorities and trans people. Now is an excellent time to make your social media accounts private.