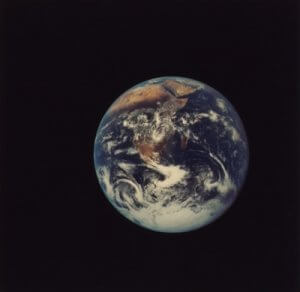 Twitter is prohibiting ads that provide misleading information about climate change. This was posted in Twitter’s blog titled: “Accelerating our climate commitments on Earth Day”, which was written by Director of Sustainability, Seán Boyle, and Global Sustainability Manager, Casey Junod.

This month, the Intergovernmental Panel on Climate Change published a new and alarming report, underscoring the urgency of the climate crisis – “immediate and deep emissions reductions,” they wrote, are necessary to turn the tide on global warming.

Twitter has put in place a “climate-forward approach to ads”. Last year, the company introduced a dedicated Topic to help people find personalized conversations about climate change. Twitter has also rolled out something they call “pre-bunks” which is described in their blog as “hubs of credible, authoritative information across a range of key themes, like the science backing climate change”. It is available in the Explore tab, Search, and Trends.

Twitter makes it clear that misleading advertisements, that contradict the scientific consensus on climate change are prohibited, in line with their inappropriate content policy. The blog post specifically states: “We believe that climate denialism shouldn’t be monetized on Twitter, and that misrepresentative ads shouldn’t detract from important conversations about the climate crisis.” It also says “We recognize that misleading information about climate change can undermine efforts to protect the planet.”

The Intergovernmental Panel on Climate Change (IPCC) recommends the following to “at least halve” emissions by 2030: a widespread reduction in fossil fuel use, widespread electrification, improved energy efficiency, and use of alternative fuels (such as hydrogen). It also recommends walkable cities, electrification of transport in combination with low-emission energy sources, and enhanced carbon uptake and storage using nature.

The Washington Post reported that Twitter will be relying on reports from the Intergovernmental Panel on Climate Change to inform its decisions about which advertisements break its rules.

According to The Washington Post, Twitter’s announcement, that coincided with Earth Day, is part of a larger trend of social media companies to address criticism from activists that they are doing too little to combat climate change disinformation campaigns spreading rapidly on their massive networks. It also coincides with Elon Musk’s $43 billion hostile takeover bid for Twitter, and Musk’s interest in free speech that, according to The Washington Post, contradicts Twitter’s push toward more content moderation, including tweets about climate change.

Overall, I think it is a good thing that Twitter is going to crack down on ads that include misinformation about climate change. We all live on the same planet, after all. I cannot imagine anyone would want to be intentionally misled by ads from oil companies (as one example) who want to downplay how bad their company is about protecting the planet.