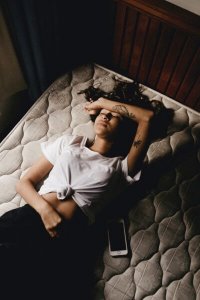 You may have noticed that Twitter changed its font. It appears that Twitter’s goal was to make its platform more accessible. Unfortunately, Twitter ended up making it inaccessible for some.

TechCrunch reported that the new font style is called “Chirp”. It is Twitter’s proprietary typeface. Other updates made the interface less cluttered, removing unnecessary divider lines.

It appears Twitter was attempting to make things more accessible for people who have low-vision. According to TechCrunch, high-contrast design can make websites more legible, but the current contrast level was so high that it caused eye strain for some users. The change wasn’t good for people who suffer from chronic migraines, either.

Twitter Accessibility (@TwitterA11y) tweeted “We are seeing some display bugs, so if you encounter those please send us a screenshot. This will help us troubleshoot the issues. Also, if you continue to experience painful eye strain or headaches/migraines because of the font, please check-in with us again.”

The tweet was responded to by many people who stated that the new font was giving them terrible headaches, migraines, and/or nausea after they looked at Twitter for a short period of time.

The Verge reported that the changes made by Twitter also included a black follow button that’s filled in if you’re not following someone, which caused confusion for many people who are used to it being the other way around. It’s not yet clear when that change will be reversed.

The Verge also reported: Accessibility isn’t one size fits all; a feature that makes a site more accessible for one person can make it harder to use for another. High contrast is often useful for people who have low vision or are colorblind, but it can be painful for people who are sensitive to bright colors or light.

I agree with that. Twitter needs to continue working on fixing this problem. Nobody wants to stay on a platform that cause them pain, migraines, or eye strain. The best option is for Twitter to give users a wide variety of customizable choices that people can use to make Twitter’s interface the most effective – and least painful – for them to use.