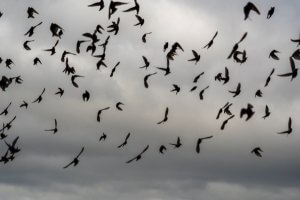 Google introduced a new piece of technology called “Federated Learning Cohorts” (FLoC). According to Google, FLoC “protects your privacy” because it “allows you to remain anonymous as you browse across websites and also improves privacy by allowing publishers to present relevant ads to large groups (called Cohorts)”.

EFF has launched “Am I FloCed?” It is a new site that will tell you whether your Chrome browser has been “turned into a guinea pig for Federated Learning of Cohorts or FLoC, Google’s latest targeted advertising experiment.”

“Brave opposes FloC, along with any other feature designed to share information about you and your interests without your fully informed consent. To protect Brave users, Brave has removed FLoC in the Nightly version of both Brave for desktop and Android. The privacy-affecting aspects of FLoC have never been enabled in Brave releases; the additional implementation details of FLoC will be removed from all Brave releases with this week’s stable release. Brave is also disabling FLoC on our websites, to protect Chrome users learning about Brave.”

Vivaldi posted a blog post titled: “No, Google! Vivaldi users will not get FLoC’ed.” In the blog post, Vivaldi makes it clear it does not support FLoC, which they call “a privacy-invasive tracking technology”. From the blog post:

“The FLoC experiment does not work in Vivaldi. It relies on some hidden settings that are not enabled in Vivaldi… Although Vivaldi uses the Chromium engine, we modify the engine in many ways to keep the good parts but make it safe for users; we do not allow Vivaldi to make that sort of call to Google.”

DuckDuckGo posted a blog in which it points out that you can use the DuckDuckGo Chrome extension to block FLoC’s tracking.

Mozilla gave The Verge a statement that included: “We are currently evaluating many of the privacy preserving advertising proposals, including those put forward by Google, but have no current plans to implement any of them at this time. We don’t buy into the assumption that the industry needs billions of data points about people, that are collected and shared without their understanding, to serve relevant advertising.”

Opera gave The Verge a statement that included: “While we and other browsers are discussing new and better privacy-preserving advertising alternatives to cookies including FLoC, we have no current plans to enable features like this in the Opera browsers in their current form”.

The fact that so many browser creators have decided against enabling Google’s FLoC is significant. It means that FLoC is really bad for users, and that Google should not impose it upon people who use Chrome.