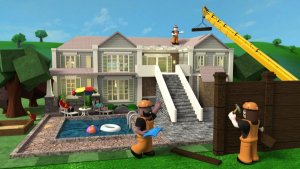 According to The Wall Street Journal, some players are engaging in NSFW actions and language on Roblox. Parental Controls are available on Roblox, but it appears that a child could still end up in a game that includes player-generated sexual content.

Even when children say they’re under 13 when creating accounts, age-inappropriate games can show up on their “recommended for you” lists. Within the hard-to-find controls, parents can restrict the games kids can play in Roblox to those deemed appropriate by the company. But of the tens of millions of multiplayer games within Roblox, only around 1,000 are on that curated list.

The Wall Street Journal reported that Vice President of Safety and Trust for Roblox, (who is also its chief privacy officer), Remy Malan, said that Roblox is now working on ways to make parental controls easier to find and use.

“Roblox was designed for kids and teens, and we have a responsibility to make sure our players can learn, create, and play safely, Mr. Malan said.

According to Mr. Malan, the new Roblox content-rating system will provide a more nuanced look at what kids might encounter in a specific game, giving parents more control over what they feel is and isn’t OK for their kids. Mr. Malan stated that there is no way to really know what a particular game entails until you play it. There is no specific date for when the new content controls will roll out.

Personally, I think Roblox should delete the accounts of players who are adding NSFW content into what is intended to be a game for children, tweens, and teens. Doing so could greatly reduce the amount of NSFW content on Roblox and make it safer for kids to play the game.

In addition, Roblox should find a way to prevent banned players from making new accounts. The sign up screen does not ask for an email address, so it is unclear to me exactly how Roblox will be able to identify when a banned users tries to return.