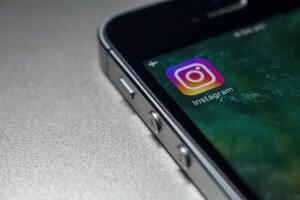 TechCrunch reported that Instagram confirmed that it has internally prototyped an Instagram Partner Program that would let creators earn money by showing advertisements along with their videos. The goals seems to be to entice creators to put their videos on IGTV in the hopes of being able to earn money. It sounds like Instagram is hoping the potential for earning money might influence creators to bring more and higher quality content to Instagram.

The program could potentially work similarly to Facebook Watch, where video producers earn a 55% cut of revenue from “Ad Breaks” inserted into the middle of their content. There’s no word on what the revenue split would be for IGTV, but since Facebook tends to run all its ads across all its apps via the same buying interfaces, it might stick with the 55% approach that lets it say creators get the majority of cash earned.

I think the addition of ads, inserted into the middle of video content, could kill this project. The Coalition for Better Ads recently announced a Better Ads Standard for short-form video for desktop, mobile web, and in-app environments. The goal is to improve the online ad experience for consumers. This standard will apply to ads that appear in short-form video content that is defined as 8 minutes or less.

The Coalition’s Better Ads Standards identify the ad experiences that fall beneath a threshold of consumer acceptability and are most likely to drive consumers to install ad blockers. From this, is sounds to me like sticking an ad in the middle of a short video on IGTV will not be acceptable to most people. This could make them avoid watching videos on IGTV.

It should be noted that TechCrunch referred to this new IGTV program as something that Instagram internally prototyped. It doesn’t mean Instagram is absolutely going to release an Instagram Partner Program anytime soon.