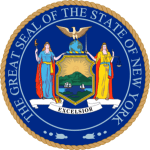 Even the largest social media platform in the world must follow the law and respect consumers. I am proud to be leading a bipartisan coalition of attorneys general in investigating whether Facebook has stifled competition and put users at risk. We will use every investigative tool at our disposal to determine whether Facebook’s actions may have endangered consumer data, reduced the quality of consumers’ choices, or increased the price of advertising.

The bipartisan coalition includes the attorneys general from Colorado, Florida, Iowa, Nebraska, North Carolina, Ohio, Tennessee, and the District of Columbia. The focus of the investigation is Facebook’s dominance in the industry and the potential anticompetitive conduct stemming from that dominance.

CNBC reported that Facebook is already facing a separate investigation by the Federal Trade Commission over antitrust concerns. Facebook confirmed that in its quarterly report in July. That announcement came on the same day the FTC announced its $5 billion settlement with Facebook over its privacy policies.

Personally, I think Facebook could have avoided being the subject of multiple investigations into its practices if it had, right from the start, put protecting the privacy of its users as its top priority. It may also have saved itself from some antitrust investigations if didn’t do things such as purchase Instagram and WhatsApp (and the user data that came with them).