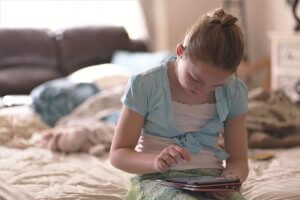 Children who do watch YouTube Kids tend to shift over to YouTube’s main site before they hit thirteen, according to multiple people at YouTube familiar with internal data. One person who works on the app said the departures typically happen around age seven. In India, YouTube’s biggest market by volume, usage of the Kids app is negligible, according to this employee. These people asked not to be identified discussing private information.

The article also noted that many parents don’t know the difference between YouTube and YouTube Kids. So, it’s entirely possible that the children of those parents are watching the main YouTube – which is definitely not designed for kids to watch.

Children who leave YouTube Kids and start watching the main YouTube don’t want to go back to YouTube Kids. The main complaint appears to be that these children see YouTube Kids as “babyish”. They aren’t wrong about that. One of the biggest YouTube Kids channels is called Cocomelon. It is a channel of nursery rhymes.

Parents need to decide for themselves how comfortable they are about allowing their children to watch the main YouTube instead of the kid version. It wouldn’t be very hard for a child to accidentally come across disturbing content simply by clicking on the videos that an algorithm suggests to them. This is not to say that everything on YouTube Kids is entirely safe for children, as it has had some not-safe-for-kids content. YouTube has worked to try and remove that content.

Parents who are concerned about what their children are watching on YouTube have a few options. The way to have the most control is for the parent to pre-screen YouTube videos and then watch those videos with their child. Doing so will take time, but will enable a parent to replace the YouTube algorithm with their own, personal, judgement about what is safe for their child to watch.