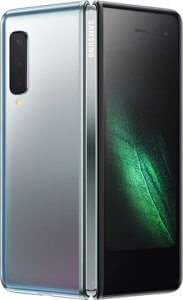 Samsung’s Galaxy Fold, the fancy smartphone has been called the world’s first foldable phone, has problems. The issues were big enough for Samsung to postpone the launch of the Galaxy Fold.

To fully evaluate this feedback and run further internal tests, we have decided to delay the release of the Galaxy Fold. We plan to announce the release date in the coming weeks.

In a statement posted in the Samsung Newsroom, Samsung said that the device “needs further improvements that could ensure the best possible user experience.”

Samsung said their inspection of reported issues on the display showed that they could be associated with impact on the top and bottom exposed areas of the hinge. There was an instance where substances found inside the device affected the display performance. Samsung says it will “enhance the guidance and use of the display including the protective layer”.

CNBC reported that the screen on their Galaxy Fold test unit began flickering and then stopped working completely after just two days of use.

According to CNBC, others who had test units had the same thing happen after they removed the protective film on the top of the screen. However, CNBC stated that they did not remove the protective film. They also did not drop the phone, and did not expose it to any substances that could get inside the phone.

A flickering screen, that stops working shortly after the phone starts being used, is a problem. This is especially true on a phone whose main attraction is the gimmick of having two, foldable, screens. I think that customers who want to get a new smartphone in the near future will choose one that does not have the issues that the Galaxy Fold currently has.