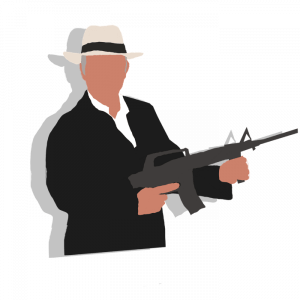 The House of Commons Digital, Culture, Media, and Sport Committee released a report titled “Disinformation and ‘fake news’: Final Report”. The 18-month report is focused on Facebook. It concluded that Facebook broke privacy and competition law and should be subject to statutory regulation.

The Guardian posted a detailed article about the report. It included a quote from it: “Companies like Facebook should not be allowed to behave like ‘digital gangsters’ in the online world, considering themselves to be ahead of and beyond the law.”

The Digital, Culture, Media, and Sport Committee’s report includes the following in its summary:

The big tech companies must not be allowed to expand exponentially, without constraint or proper regulatory oversight. But only governments and the law are powerful enough to contain them. The legislative tools already exist. They must now be applied to digital activity, using tools such as privacy laws, data protection legislation, antitrust and competition law. If companies become monopolies they can be broken up, in whatever sector. Facebook’s handling of personal data, and its use for political campaigns, are prime and legitimate areas for inspection by regulators, and it should not be able to evade all editorial responsibility for the content shared by users across its platforms.

According to The Guardian, the report: