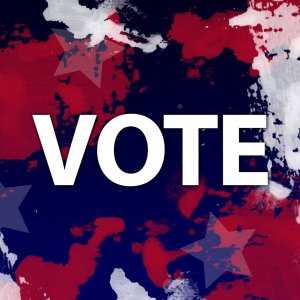 Twitter has released a 2018 U.S. Midterm Retrospective Review, which can be downloaded and viewed. It was accompanied by a blog post by Carlos Monje Jr., Twitter’s Director of Public Policy.

The 2018 U.S. midterm elections were the most tweeted-about midterm election in history. More than 99 million tweets were sent from the first primaries in March through Election Day. Most of these tweets were people sharing their views about candidates and policies.

One really good thing that came out of discussion about the midterm election on Twitter was that people encouraged “friends, family, and complete strangers” to vote. Twitter worked with non-governmental organizations like RockTheVote, Democracy Works, TurboVote Challenge, HeadCount, DoSomething, and Ballotpedia to promote voter registration.

Personally, I think that is fantastic! Democracy works best when everyone who is eligible to vote actually takes the time to do it. It is nice to see that Twitter used it’s power for good in this situation.

Not everything on Twitter that was related to the midterms was positive, however. Twitter took action on nearly 6,000 tweets that they identified as attempted voter suppression, “much of which originated right here in the United States”. Unfortunately, that means that some people who live in the United States used Twitter to spread false information about voting or registering to vote. That’s just sad.

Twitter stated: “In contrast to 2016, we identified much less platform manipulation from bad-faith actors located abroad.” Twitter found limited operations that had the potential to be connected with Iran, Venezuela, and Russia. Twitter clarifies that “the majority of these accounts were proactively suspended in advance of Election Day” due to their internal tools for identifying platform manipulation.

The “take away” from this is clear. There is an ongoing threat from people in foreign countries that want to use Twitter to influence the outcome of American elections. Twitter appears to be making progress on suspending those accounts.

The bigger threat, though, is from Americans who used Twitter to engage in attempted voter suppression. Twitter said the number of “problematic examples” of that were “relatively small”. I think that Twitter users can help make that number smaller if they report tweets that have misinformation about election day, polling place locations, or where and how to register to vote.