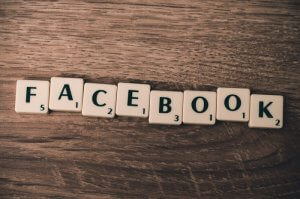 As you may have noticed, discussions of politics on social media can quickly become extremely toxic. According to the Wall Street Journal, Facebook had started working on a feature that was designed to reduce that toxicity and encourage more civil discussion. It was called “Common Ground”, and Facebook canceled the project before launching it.

Deepa Seetheraman wrote in the Wall Street Journal that sources said that Joel Kaplan (Facebook’s vice president of global public policy) and other executives shelved “Common Ground” because of concerns that it could lead to accusations that Facebook was biased against conservatives.

Mr. Kaplan balked when briefed on internal Facebook research that found right-leaning users tended to be more polarized, or less exposed to different points of view, than those on the left, according to people familiar with the analysis. That internal research tracks with the findings of academic studies.

Mr. Kaplan, joined by other Facebook executives, argued that the efforts to mitigate polarization could disproportionately hurt conservative voices, triggering claims of bias and exposing Facebook to allegations of social-engineering.

The Verge explained that “Common Ground” would have changed the way Facebook’s News Feed was ranked. It appears that Joel Kaplan, and other Facebook executives, chose not to use the “Common Ground” tool because they were concerned that “conservative users would be disproportionately impacted by the changes.”

Personally, I find it disappointing that some Facebook executives valued the toxic comments over the opportunity to make Facebook into a place where people could potentially find common ground with each other.