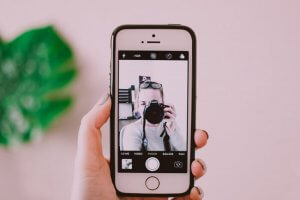 You have probably seen plenty of ads on Instagram. They show up mixed in with the content you want to see from the accounts you decided to follow. The ads are easy to identify because they are labeled “Sponsored”.

Ads are much less obvious when presented by an Instagram influencer. A viewer might not understand that what they are looking at is an ad.

Influencers who fail to make it clear that the photo or video includes an endorsement may be in violation of Federal Trade Commission rules regarding paid endorsements on social media. It is entirely possible for an influencer to unintentionally break the rules. According to the FTC:

…an endorsement means any advertising message (including verbal statements, demonstrations or depictions of the name, signature, likeness, or other identifying personal characteristics of an individual or the name or seal of an organization) that consumers are likely to believe reflects the opinions, beliefs, findings, or experiences of a party other than the sponsoring advertiser, even if the views expressed by that party are identical to those of the sponsoring advertiser. The party whose opinions, beliefs, findings, or experience the message appears to reflect will be called the endorser and may be an individual, group, or institution.

In essence, this type of situation functions like an unlabeled advertisement. The FTC rules require influencers to disclose that they have been endorsed to talk about the product or service they are featuring. Those who fail to do so could be investigated by the FTC.

The FTC rules govern more than how endorsements are disclosed on Instagram. It also covers social media, blogs, TV commercials, and more. It is a good idea to read over the FTC rules before you post content that contains an endorsement. Make sure you are within compliance.