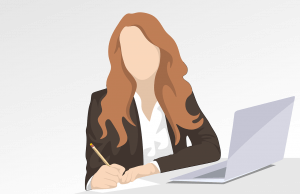 A study done by Carta, believed to be the first comprehensive public study of cap table (the capitalization table, which is a list of owners of a company) data by gender, revealed that the equity gap in startups is real.

In the Carta study, they analyzed a subset of Carta’s overall table data, which included nearly 180,000 employees, over 6,000 companies, and over 15,000 founders, with a combined total of nearly $45 billion in equity value. They found:

Carta said they were only able to associate names to male and female genders, and were unable to account for non-binary people. They also were unable to identify people by ethnicity (because Carta doesn’t currently collect that data). I suspect that if that data were available, we would see that the gender pay gap is even worse for black women and hispanic women.

Overall, what the study found is that women are making less money in startups than are their male peers who have the same type of job. This isn’t done on accident. It shows that women who work in startups are intentionally being discriminated against because of their gender.