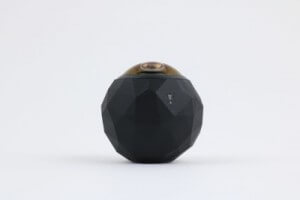 360fly is the maker of the world’s only single-lens camera that captures stitchless 360-degree video with interactive and virtual reality viewing capabilities. At CES 2016, they have unveiled the next generation of their popular 360fly camera. The 360fly 4K is a water resistant single-lens, 360-degree video camera with live streaming capabilities and intuitive filming and editing advancements.

Motion and Audio Detection Mode: 360fly 4K will automatically begin to record based off any movement or sounds. This feature is great in surveillance or monitoring situations.

Accelerometer Activated Record Mode: Not all environments are smartphone friendly, and in those situations 360fly 4K users can activate record mode with a shake of the camera. For instance, a skier without their smartphone may have difficulties pushing the OnePush button with their snow gloves on, so a simple shake of the camera will begin recording.

Telemetry: 360fly 4K features a built-in GPS sensor to tag locations, a barometer/altimeter and accelerometer all powered by an advanced Qualcomm Snapdragon 800 processor. Users can now track altitude, speed and edit this data as an overlay into their 360-degree video content.

OnePush Button Color-Coding: For clearer visibility and mode recognition, 360fly 4K features an enhanced design with additional color-coded lighting around the OnePush button and bottom of the mounting dock.