Impecca will introduce The Alert Band at CES 2015. It is a wearable early warning Bluetooth fatigue detector for drivers. It was created after a friend of the person who developed The Alert Band was severely injured in a car accident. Another driver fell asleep at the wheel and hit the friend’s car. 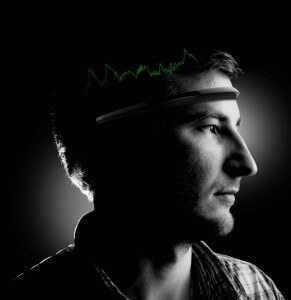 To use The Alert Band, a driver needs to wear it on his or her forehead. There are sensors in The Alert Band that monitor and analyze brainwaves. It can determine the driver’s fatigue level.

A zero indicates that the driver is fully awake and 100 means the person should not be driving. Those that receive a fatigue score of 80 are considered dangerous. They should stop driving and take a rest immediately.

The Alert Band can send real-time notifications and alarms to not only the driver’s smartphone, but also to the smartphones of his or her friends and family. It can also send alerts via social media. The warning can be sent out 3-5 minutes before the driver starts to doze off and fall asleep. The notification alarm is intended to wake up the driver and save lives.

Impecca says it has done years of testing of the Alert Band, with hundreds of participants, on a simulator. The Alert Band is said to be 90% accurate. It requires Bluetooth 4.0 technology to connect to either Android or iOS smartphones via an app (that comes with The Alert Band). It also has a rechargeable battery that lasts for 20 hours.