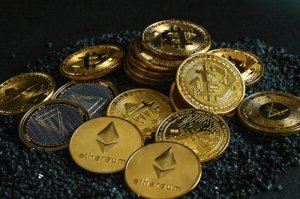 Dutch Authorities said they had arrested a 29-year-old man believed to be a developer for the crypto mixing service Tornado Cash, which the United States put on its sanctions list recently, Reuters reported. According to Reuters, the U.S. sanctions followed allegations that Tornado Cash was helping conceal billions in capital flows, including for North Korean hackers.

The Dutch FIOD posted information on its website that included the following:

“On Wednesday 10 August, the FIOD arrested a 29-year-old man in Amsterdam. He is suspected of involvement in concealing criminal financial flows and facilitating money laundering through the mixing of cryptocurrencies through the decentralized Ethereum mixing service Tornado Cash. Multiple arrests are not ruled out.

“These advanced technologies, such as decentralized organizations that may facilitate in money laundering are receiving extra attention from the FIOD. Also in the cryptocurrency domain, the FIOD stands for a safe financial Netherlands and investigates with effect and impact. Today the suspect is brought before the examining judge.”

In addition, the FIOD stated that FACT (the Financial Cyber Team of the FIOD) started a criminal investigation against Tornado Cash, that is offered on the Internet by means of a decentralized autonomous organization (DAO).

“… FACT suspects that through Tornado Cash has been used to conceal large-scale criminal money flows, including from (online) thefts of cryptocurrencies (so-called crypto hacks and scams). These included funds stolen through hacks by a group believed to be associated with North Korea. Tornado Cash started in 2019 and according to FACT it has since achieved a turnover rate of at least seven billion dollars. Investigations showed that at least one billion dollars worth of cryptocurrencies of criminal origin passed through the mixer. It is suspected that persons behind this organization have made large-scale profits from these transactions….”

Here are some key points from the Press Release:

“Today, the U.S. Department of the Treasury’s Office of Foreign Assets Control (OFAC) sanctioned virtual currency mixer Tornado Cash, which has been used to launder more than $7 billion worth of virtual currency since its creation in 2019. This includes over $455 million stolen by the Lazarus Group, a Democratic People’s Republic of Korea (DPRK) state-sponsored hacking group that was sanctioned by the U.S. in 2019, in the largest known virtual currency heist to date. Tornado Cash was subsequently used to launder more than $96 million of malicious cyber actors’ funds derived from the June 24, 2022 Harmony Bridge Heist, and at least $7.8 million from the August 2. 2022. Today’s action is being taken pursuant to Executive Order (E.O.) 13694, as amended…”

Financial Times reported: The US sees mixing services as money transmitters that must comply with money laundering rules. It’s the second time this year that the US has hit a crypto mixing service for helping North Korean hackers after it imposted sanctions against blender.io in May.

According to Financial Times: Now, all property and interests belonging to Tornado Cash in the US are blocked. All transactions passing through Tornado Cash’s virtual desk are blocked too, if they involve US users or are conducted anywhere in or through the country.

It appears that whomever the Dutch authorities alleged to be involved with Tornado Cash could – potentially – be facing legal problems in not one, but two, countries.