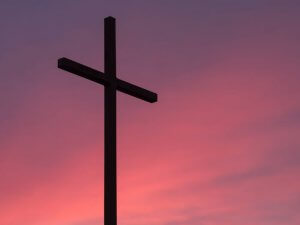 A wave of bombings happened in Sri Lanka on Easter Sunday. Targets included churches, hotels, and an apartment complex. At least 290 people have been killed and 500 were injured. While this was happening, Sri Lanka’s government blocked access to social media sites.

Sri Lanka’s government moved to block Facebook, WhatsApp and Instagram – all owned by Facebook – on Sunday out of concern that “false news reports… spreading through social media” could lead to violence. The services will be suspended until investigations into the blasts that killed more than 200 people are concluded, the government said. Non-Facebook social media services, including YouTube and Viber have also been suspended, but Facebook and WhatsApp are dominant platforms in the country.

Social media websites need to vastly improve their ability to keep people safe. These companies need to wake up and realize that what what is said – and passed around – on the internet can have devastating real-world repercussions. They must do a better job of removing misinformation.

Personally, based on Sri Lanka’s history, I think their government did the right thing by blocking social media websites while police were investigating the cause of the bombings. I think this action likely prevented people, in a time of crisis, from being unfairly influenced to target other people with violence. The government may have saved some innocent people from being harmed or killed.

The big problem, of course, is that blocking social media was necessary. If Facebook (and other social media companies) were quicker to remove misinformation, Sri Lanka’s government would not have needed to block it. People could have used social media to let their families know that they were safe.

Another thing to consider is that many governments are not going to block social media platforms in their countries during a crisis. This could lead to misinformation spread online resulting in additional violence in “the real world”. Social media companies need to be more responsible about what they allow to spread on their platforms.