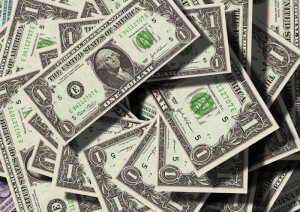 As you may have heard, Facebook announced its Libra cryptocurrency, and Calibra digital wallet, in July of 2019. Since then, some of the companies that were founding members of the Libra Association have left it. According to Reuters, Facebook is now considering “alternative approaches of the currency token” that Libra would use.

Facebook Inc (FB.O), facing growing skepticism about its digital currency project Libra, said on Sunday the initiative could use cryptocurrencies based on national currencies such as the dollar, instead of the synthetic one it initially proposed.

There were originally 28 founding members of the Libra Association. PayPal made the decision to forgo further participation in the Libra Association on October 4, 2019. CNBC reported on October 11, 2019, that Ebay, Stripe, Mastercard, Visa, and Mercado Pago “are all dropping out of Facebook’s libra cryptocurrency project”. Reuters reported that Booking Holdings Inc has also left the group.

David Marcus heads the Libra project for Facebook. Reuters reported that Marcus told a banking seminar that the Libra Association’s main goal was to create a more efficient payments system, but that it was open to looking at alternative approaches of the currency token it would use.

Facebook is still aiming for a June 2020 launch of Libra. It acknowledges that the target could be missed due to regulatory hurdles. Personally, I think this is a mess. Those considering using (or investing in) Libra likely are interested in it because it is cryptocurrency. The suggestion that Libra could be based on stablecoin (as David Marcus calls it) could turn off those who prefer cryptocurrency.

CNBC reported that PayPal is withdrawing from Facebook’s Libra Association. CNBC provided a statement from PayPal:

PayPal has made the decision to forgo further participation in the Libra Association at this time and to continue to focus on advancing our existing mission and business priorities as we strive to democratize access to financial services for underserved populations.

Facebook announced its Libra cryptocurrency and Calibra, a digital wallet for Libra, in June of 2019. The U.S. Senate Committee on Banking, Housing, and Urban Affairs held a hearing about Facebook’s Libra project on July 16, 2019.

CNBC points out that David Marcus, who leads the Libra project at Facebook was previously the president of PayPal. According to CNBC, PayPay said that it is still “supportive of Libra’s aspirations” and that it will continue to partner with Facebook in the future.

Bloomberg reported that several founding members of the Facebook-led Libra project have been wavering whether to fully embrace the effort. According to Bloomberg, there are concerns about maintaining positive relationships with regulators who have reservations about the initiative.

The Libra Association is a group of 28 founding member companies. The organization asked those members to reaffirm their commitment to the project later this month. Before Libra was unveiled, those companies signed nonbinding letters of intent to explore the association.

CNBC reported that all founding members were expected to invest a minimum of $10 million to fund the operating costs of the association and to launch an incentive program to drive adoption. It appears that those investments have not been made.

Now, with PayPal withdrawing from the Libra Association, things aren’t looking so good. I think it might be a bit scary to be the first company to withdraw from something like this. As soon as one does, though, it creates a path for other companies to choose to leave as well.