2020 is unlikely to be remembered fondly but it’s brought new words and phrases into common use – pandemic, coronavirus, Covid-19, social distancing, bubble, lockdown, furlough. While not necessarily brand-new words, they’ve taken on different meanings and gained widespread usage throughout the year.

Language is always evolving and changing, and English does a particularly good job at creating, borrowing and morphing new words to suit the occasion. Etymologists are always interested in the first uses of words, especially in print, to see how words have developed and changed.

For the rest of us, it might just be fun to see what words came into use in the year we were born, in which case you’ll be delighted that Merriam-Webster’s Time Traveler lets you choose a year of interest and then shows the words first used then. Let’s go back forty years to 1980 and see what was new. Here’s A to F….

Hindsight is a wonderful thing but I’m still surprised how now common words or phrases came into the language so recently. Some are clearly related to the technology of the time – BIOS, bitmap, DRAM, expansion slot – but air guitar, chill out and comb-over? Incredible that they are so recent. Ok, if you’re a millennial, it might not be “living memory”.

Merriam-Webster’s data goes back centuries and you can easily spend a few hours here. 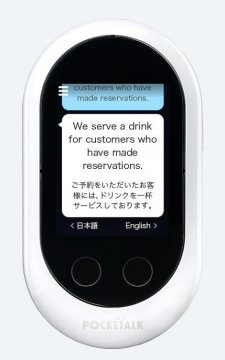 This morning, Michael Arrington reported that Nuance is going to purchase Swype for over $100 million. This is the technology that lets you slide your finger across the on-screen keyboard to spell out words. It is also known that Nuance works with the new Apple product called “Siri”. Therefore, will we see this technology available for Apple keyboards, soon?

Swype is a technology first discovered at TechCrunch a couple years ago. It was incorporated in some smartphones and found by moving the finger around as opposed to tapping, a person could type words a lot faster. This is the video TechCrunch put out in 2009:

Siri is the new technology Apple announced earlier in the week. To read more about that, check out Andrew’s article – Apple’s Siri Delivers on the Sci-Fi Dream.

Siri uses Nuance Technology – even though you might not find someone at Apple or Nuance that will say that. Before Siri was purchased by Apple, it had Nuance as the background software. The company tried Vlingo, but it just didn’t fit Siri’s programming.

So is it safe to say that Nuance is part of Siri? Well, unless Apple was working on their own software to replace Nuance, then yes. If they did change, then we would have heard something of them splitting. Let’s not even get into any patent debate that would have been reported if Apple was developing their own software.

As I always say: The possibility is there, but the probability is pretty low.

Let’s get back to this idea – I used Swype technology and love it. By moving one finger across the screen keeps my eyes on the keyboard and not switching back and forth to what I am typing. Add in the spellcheck and I could be typing 40-45 words a minute on a mobile device (as opposed to 30 words a minute currently). Swype on iPad would be better, especially since most people use a one-hand type method if they are standing with the device coddled in the other arm.

With a personal dictionary, extensive language support and predictive tap suppot, Swype could be a great added feature to the Apple iPhone. Of course, it would also be a great addition to an Android phone, too (which is available with the FlexT9 Android Application).

So far, this is just a pipe-dream. But if it becomes a reality, the Siri application just got a little bit cooler.