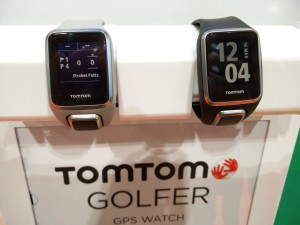 With Father Day coming up in the United States and many sons and daughters are scrambling to try to get a gift for their Dad. If your father is a golfer may I suggest you put in an entry for the SensoGlove Digital Golf Glove Giveaway from the Dr. Phil Show. Actually if you are a golfer yourself or you know any golfer this would be a great contest to win. What is the SensoGlove.   SensoGlove measure your grip while golfing. It will let you know if you are gripping too tightly, something that can effect your swing and therefore your precision and distance. it has a series of sensors which are placed through out the glove and it will give you audio feedback if your grip becomes too tight. It produces feedback through out the swing, and not just in the beginning. It is light weight and feels like any other golf glove. You can remove the computer part without removing the glove.  My sister is a golfer and I know she would love something like this to help improve her games.

Unfortunately there is some bad news, you have to enter this contest by 11:59 PT today June 9th 2011, in order to have a chance win.  Enter now at this Website and you maybe one of the 10 lucky winners, no purchase required. You can find full contest rules at the Dr Phil Website.  Enter now before it is to late.   The glove has a retail price of $89.00, which makes it a great gift even if you don’t win the contest.  Hopefully contests like this will be coming to the Geek News Central Web site soon as our way to say thanks to our loyal readers and listeners.  If you are a merchant or business and have a contest that you think our listeners and readers might be interested in, we would love to hear from you.