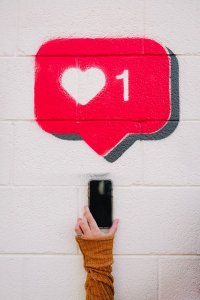 The art museums and galleries are opening up again in Italy. That’s great for the museums and galleries, who may have lost revenue during the pandemic. However, as CityLab reported, at least one Italian art museum has installed technology that will gather data from the people who come in to view the art. It bothers me when the physical world wants to mimic Instagram.

A device called ShareArt was developed by a research team at Italy’s new-technologies agency ENEA. The team developed a system based on devices that can calculate how long and how closely museum and gallery visitors observe a particular work of art.

“Thanks to simple data elaboration, an observer’s gaze can be translated into a graphic,” ENEA researcher Stefano Ferriani said in an interview. “We can detect where most of the people’s attention is concentrated.”

According to CityLab, there are fourteen ShareArt devices being used in a joint project with the Instiuzione Bologna Musei. The devices, which look like a small black box with a camera in it, includes a tag that presumably explains what it does.

Using cameras that are located near the artwork, the ShareArt system soaks up data on the number of observers and their behavior as they look at a painting, sculpture or artifact, including time elapsed and distance of observation. It troubles me that the President of Bologna Musei appears to be excited to see what data the devices obtain after the mask mandate drops and people’s facial expressions can be recorded.

The purpose of the ShareArt devices is to help the museum define “attraction value” for specific works of art. The results could influence the museum to make changes in the layout and exhibit scheduling. It may also reveal situations where the museum could make some artworks more accessible than they currently are.

Personally, I don’t like the ShareArt devices. They are only being used in one museum in Italy. But, that could change. The value of art in a museum should not be defined by the number and length of views it receives as though it were an Instagram post.