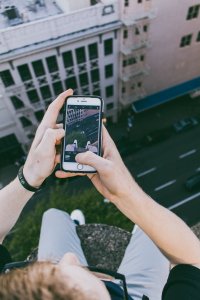 Research published in the Journal of Family Medicine and Primary Care reveals that taking selfies can be a dangerous business. In a six year period from 2011 through to 2017, 259 selfie-related deaths are recorded worldwide.

That’s likely to be a considerable underestimate, too, as death “by selfie” isn’t an official cause of death, whereas drowning (70) and falling (48) are recorded on death certificates. In order to come up with a figure, the researchers relied on selfie-related searches to find articles confirming that people died while trying to take selfies, either in the instant or on adventures to get that perfect selfie shot.

The paper looks at the actual causes of death (usually drowning), age group (mostly 20-29 years) and gender (three times more likely to be male). The study looked at whether the selfie-taker was engaged in risky behaviour at the time. For men, risky behaviour resulted in more selfie deaths (115 risky v 38 normal), but surprisingly, more women died engaged in non-risky behaviour (27 risky v 31 normal). The paper is an easy read, so take five minutes.

Compared with many other forms of premature accidental death, such as road accidents, the figures are minuscule in comparison. For 2017 only, there were 40,100 motor vehicles deaths in the US alone. Considering a notionally riskier sport, skydiving suffers from around 20-25 fatalities per year in America.

Assessing statistics like this can be cold. One death is too many and it’s particularly sad to realise that every single one of those deaths was avoidable. Without the pressure of social media, it’s very likely all these people would be alive. And to end this sad tale, I’m reminded of Narcissus and a myth that goes back at least two thousand years. Nothing is new.

Photo by Tuce on Unsplash.

Great Friday show I have this thing packed from one end to the other with great stories, links and commentary. Thanks to all the Ohana out there — your support keeps this train rolling.

Sponsors:
[Try GoToMeeting free for 30 days at GoToMeeting.com/techpodcasts. No credit card needed.]
Sponsor: Save Money with all our GoDaddy Codes see our Promo Code Page
[Get a SSL Cert for 14.00] Use Code GNCSSL