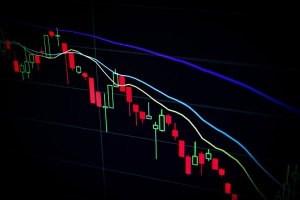 On February 2, 2022, Mayor Francis Suarez tweeted: “I’m so excited to announce that the @CityofMiami has received it’s first-ever disbursement from @mineCityCoins totaling $5.25M. This is a historic moment for our city to collaborate with an innovative project that creates resources for our city through innovation not taxation.”

Quartz reported (on May 16, 2022) that MiamiCoin’s creator, an organization called CityCoins, has been no less enthusiastic, portraying the coin as a financial experiment that will empower citizens with a “community-driven revenue stream” while spurring new digital city services.”

According to Quartz, CityCoins announced a similar cryptocurrency for New York in November 2021, and plans to release a coin for Austin, Texas soon. Other cities have launched their own crypto ventures: Fort Worth, Texas, for example, will soon be running bitcoin mining rigs in city hall.

How did cryptocurrency work out for Miami? Quartz explains: Over the last nine months, however, MiamiCoin has lost nearly all of its value, falling about 95% from its September peak to just $0.0032 as of May 13. Its rapid descent has burned investors on the way down, muting the dreams of Miami’s city leaders, and possibly raising red flags for regulators now investigating cryptocurrency transactions.

On April 19, 2022, Mayor Francis Suarez tweeted: “As President of the @usmayors,we’re leaning into this next era of American innovation. Today’s eGov Summit Crypto Panel at @eMergeAmericas welcomes everyone to learn the fundamentals of crypto and the impact this technology will have on democracy!”

Houston Chronicle reported that The Electric Reliability Council of Texas (ERCOT), which manages the state’s electrical grid, is projecting that the explosion in cryptocurrency and other “large load” operators could bring as many as 16 gigawatts of new electricity demand by 2026. That’s about a quarter of the grid’s current capacity and enough to power 3 million homes on a summer day.

Will that work? According to Houston Chronicle – For a state that failed so spectacularly to secure the power supply during last year’s winter blackouts, piling on more demand will be a critical new test, especially in the face of climate change. Last week alone, unseasonably high temperatures drove electricity demand to midsummer levels. Late Friday, the state asked Texans to conserve power after six natural gas-fired power plants tripped offline.

The Atlantic reported about the recent “Crypto Crash”. From the article: …As fear and interest rates spike, investors are selling off their positions and billions of dollars of value are being erased from the industry. By one estimate, more than $200 billion of stock-market wealth has been destroyed within crypto alone, in just a matter of days…

In my opinion, if that much crypto wealth can be so quickly erased, there is absolutely no valid reason for state (or federal) governments to decide to make cryptocurrency into the thing that is going to – supposedly – fund everything. All of it could be gone in the blink of an eye, depending on the market.