A big deal has been made of bandwidth when using Netflix, especially so after the streaming service had to arrange a payment agreement with Comcast because it was throttling customers — a fee that amounted to little more than protection money from a mob shakedown.

Netflix also publishes a monthly report that calls out ISPs for their speeds. Since that public shaming wasn’t really enough, the company is now releasing its own speed test so it’s customers can see exactly what it is they are paying for.

The new site, which goes by the name fast.com, is similar to some existing services. It’s the same, but different from what the company has been doing.

The service works in every country and you don’t have to be a Netflix customer use it. It’s also free, which is always a plus for people.

It’s a cliche that’s almost as old as the internet itself, and it’s summed up succinctly by Godwin’s Law:

A blogger operating under the name GuriousGnu wasn’t necessarily attempting to prove Godwin’s Law. But CuriousGnu almost did, after analyzing publicly available data from Reddit. First, CuriousGnu made a list that shows the top subreddits that mention either Hitler or Naziism. This list might come as somewhat reassuring to anyone who’s spent more than a little time in online communities, as the top five subreddits for Hitler mentions are:

So it seems likely most of these Nazi-tinged threads might’ve at least been relevant to discussions on history.

CuriousGnu also made a graph that really starts to put Godwin’s Law into perspective:

Then I excluded history subreddits and looked at the probability that a Reddit thread mentions Nazis or Hitler at least once. Unsuprisigly, the probability of a Nazi refrence increases as the threads get bigger. Nevertheless, I didn’t expect that the probability would be over 70% for a thread with more than 1,000 comments.

CuriousGun goes on to state that the next logical step in the experiment would be to do advanced analyses using sophisticated text-mining techniques that would be difficult and time-consuming to complete. Still, this bit of analysis gives us some interesting (if not humorous) insight into what really happens when people congregate and communicate online. 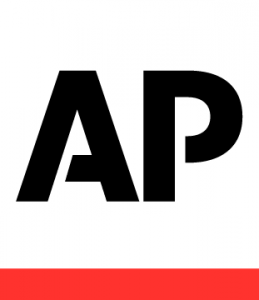 It always seemed like a curious thing to me. Does the word “internet” need to be capitalized? I’d seen it printed that way many times over the years. It sorta made sense. If you think of “the internet” as a singularly-defined, proper place, then it deserves the same type of grammatical treatment as California or Japan. And while it may seem that the world has just one internet, that really isn’t true. Some countries have government-run internets that can be closed off from the rest of the world. This means that there can technically be more than one internet. But there can only ever be one Ireland or one Botswana. That seems like as good a reason as any for the Associated Press (AP) to officially de-capitalize “internet” in its upcoming style guide.

And the AP isn’t stopping there. The organization has also decided it’ll be dropping the caps from the word “web” when referring to the World Wide Web (tho apparently, World Wide Web itself remains capitalized – this change only kicks in when the reference is shortened to just “web”).

We will lowercase internet effective June 1, when the 2016 Stylebook launches. #ACES2016 pic.twitter.com/vv53323GL6

As the AP describes it, the World Wide Web is a subset of the internet, like e-mail. And no one has ever capitalized e-mail.

Of course, the AP’s style guidelines are ultimately mere suggestions. No one will be kicked off the internet for referring to it as The Internet. Still, it’s nice to know that there’s something authoritative to point to in this matter. 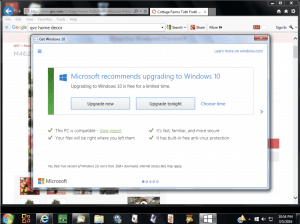 Connecting to a computer over a remote connection is nothing new. Most often, this technology is employed by people who need to connect to a work computer from home. Having a remote connection makes it possible for users to do all kinds of computer-related tasks without having to actually be on site with the host machine. This practice is typically referred to as Virtual Network Computing (VNC). Most modern computers have VNC capabilities built into their operating systems. This makes it relatively easy to get a remote connection up and running. But like any kind of connection made over the Internet, VNC’s should always be secured by a username and password. However, it turns out many VNC users haven’t done even this most basic level of connection security.

Most VNC Roulette images are nondescript and fairly benign in nature. But some users have found some interesting things on the VNC Roulette site. For example, The Register found an image from an X-ray machine and another from a store’s CCTV system. Tom’s Guide found a screenshot of someone checking their Facebook page as well as several screenshots of what look like industrial control panels. The most interesting thing I’ve found so far is a cap of a Windows desktop urging the user to upgrade to Windows 10. (Image embedded above. Looks like they’re doing some home shopping as well. Imagine if the screenshot had happened a few minutes later while they were entering credit card numbers.)

Since VNC Roulette was able to capture these images, that means those computers are allowing open VNC connections without any security. In turn, someone with a fairly rudimentary understanding of network scanning could gain full access to those machines in short order. While VNC Roulette may be a fun voyeuristic waste of time, it also reminds us that it’s important to secure our remote connections. Otherwise, VNC Roulette could be the least of our online worries. 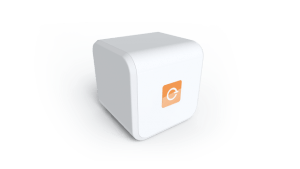 Guarding your privacy online can be a real challenge. There are so many systems out there designed to track your every mouse click, it’s impossible to try and keep track of them all. And while you can give yourself a baseline level of protection by adjusting some browser settings, that may not be enough to keep you truly guarded. Many different companies have come up with tools to help users maintain their online privacy and eBlocker is the latest to enter this field.

At CES 2016, the company has announced its eBlocker Pro device. Unlike many other privacy protection systems that rely on software solutions, eBlocker Pro is a piece of hardware that easily connects to a home network. From there, eBlocker Pro protects all of the devices connected to the network by cloaking their IP addresses, and blocks all ads and trackers, allowing you to truly surf the web anonymously. eBlocker Pro also has a customizable service for shared devices called eBlocker Family. This allows administrators (i.e. parents) to whitelist or block certain websites, based on who’s using a device. eBlocker Family is especially designed for situations where family members are sharing a device like a tablet or a desktop computer.

Let’s face it. Everyone needs a website in 2015. Gone are the days when you can live in blissful ignorance of the Internet and its impact on the world. Especially if you’re a business owner. And while web technology has improved dramatically over the years, the tools to build websites haven’t really kept up. That’s where services like Wix, a free website builder, come in. Wix promises a simple interface for building custom websites and many people have used it for just that reason.

But whenever something’s free, there’s always a catch. And it looks like erstwhile web designers who are relying on Wix to power their websites might be in for a surprise. It was recently discovered that Google has removed many Wix sites from its search engine results. This has caused a massive drop off in traffic that was previously going to those Wix-hosted pages. While no one knows for sure why this may have happened, speculation is focused on the nature of the Wix system’s “websites-for-all” approach, which could allow for a proliferation of spam sites, SEO hacks, and other black-hat activity to occur virtually unchecked.

Google’s search engine is its most prized asset. The company has spent years refining its search results to ensure they remain useful, in spite of the Internet’s continued attempts at gaming that system. It’s unclear if Wix-hosted sites with mapped top-level domains have been affected by this change. But, if you’re relying on an example.wix.com URL to power your website, you may want to start looking for other solutions. 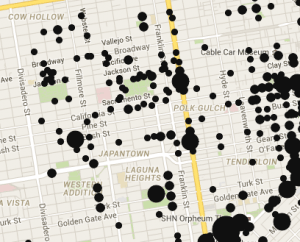 Bay Area historical website OldSF has created an interactive map that makes it easier to see what certain parts of the city looked like, going all the way back to 1850. Just load the map and click on any black circle/section to see a list of photos for that location. A slider located in the upper right-hand section of the site allows you to refine the list of viewable photos. You can look at just photos from a certain year or you can select a range of different years.

Some tech sites have compared the OldSF interactive map to Google Street View. And while there are some similarities, OldSF doesn’t provide the same type of block-by-block, frame-by-frame coverage as Street View. Still, it is an easy way to look at how certain parts of San Francisco have changed over the years.

Images used by OldSF came from the San Francisco Historical Photograph Collection. It’s good to see a modern use for this vintage media. The Bay Area is known for its fostering of new technology. Most of the area’s resources are focused on developing “the next big thing.” But projects like OldSF show that there is still some appreciation for where the city has been, not just where it’s going.